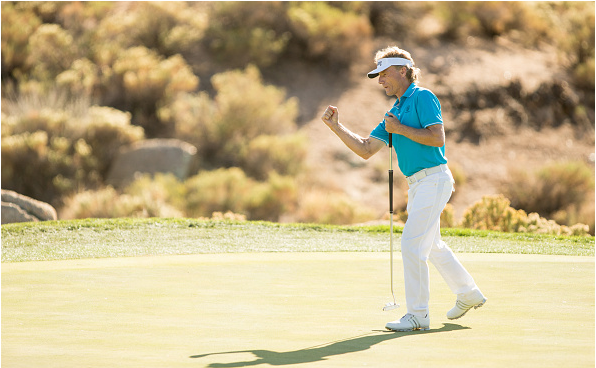 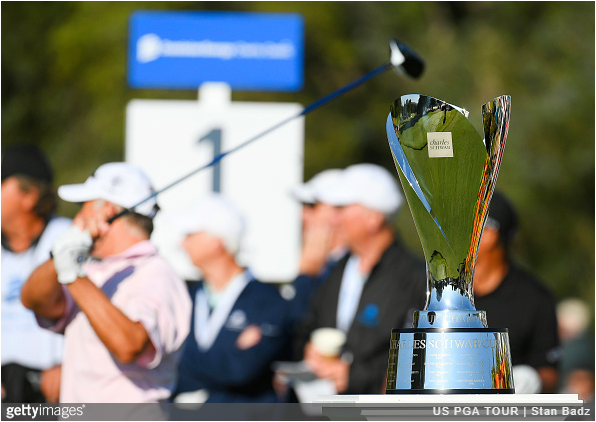 While every golfer teeing up on one of the major tours has something significant to play for this week, no stakes are higher than the ones at the Charles Schwab Cup Championship, the final event of the prolific Champions Tour playoffs.

A field comprised of 36 of the world’s best age 50-and-older athletes will be competing at the famed Phoenix Country Club in an intense 54-hole battle to determine the winner of the season-long Charles Schwab Cup, and its $1 million payday.

As it has been for most of the past four years, the Charles Schwab Cup has basically had two participants: Bernhard Langer and everyone else.

The 60-year-old senior sensation and three-time defending Schwab Cup-holder Langer again obliterated his 2017 competition in record-smashing fashion, but the final event of the playoffs provides a desperately-needed gift for the other 35 players in the field: a points reset. 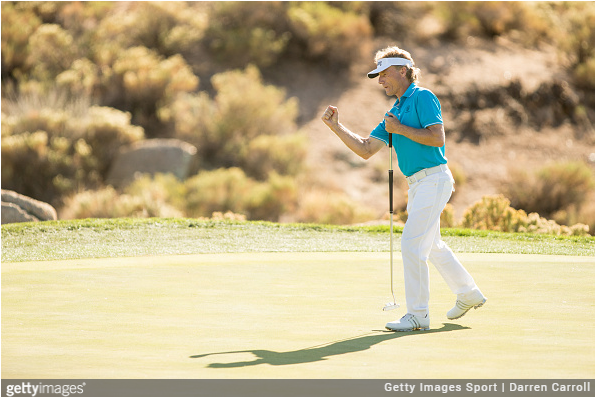 Langer still leads the Cup standings, but the points are redistributed in a way that gives a mathematical path to the championship for everyone.

Langer may look unbeatable, but those in the 2-5 slots only need to find a way to better the legendary German for one week.

Just how phenomenal has Langer been this season? In his age-60 season, many thought he might finally regress, but he somehow compiled his best Champions Tour year yet. He won seven(!) times, finished in the top 10 in 16 of 21 events, and his $3.6 million in earnings is more than $1 million better than the man who finished second on the money list, and more than double what anyone else on Tour earned. 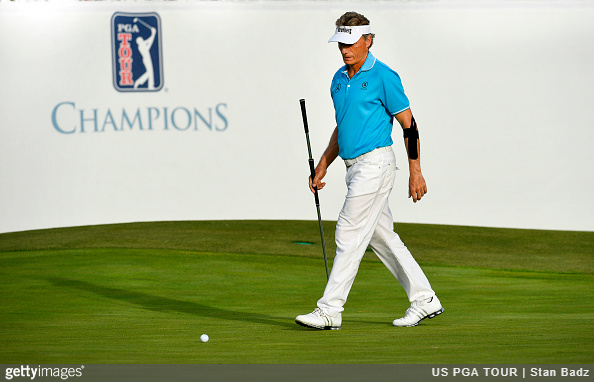 Langer’s historically great putting has been the difference week in and week out, and especially lately as he won the first two events of the Schwab Cup playoffs, and three of his past four events.

Surprisingly, Langer has not won the Cup Championship in nine tries, but he was the runner-up in the last two, and has played well enough in the last three to still win the Schwab Cup.

Sixty or not, he is still far and away the man to beat in Phoenix.

If Langer somehow does not win the Charles Schwab Cup, the most likely to break his three-year streak are the other four golfers who comprise the top 5. If any of them win this week at Phoenix Country Club, they will take the season’s top prize, regardless of where Langer finishes.

Here are those four men: 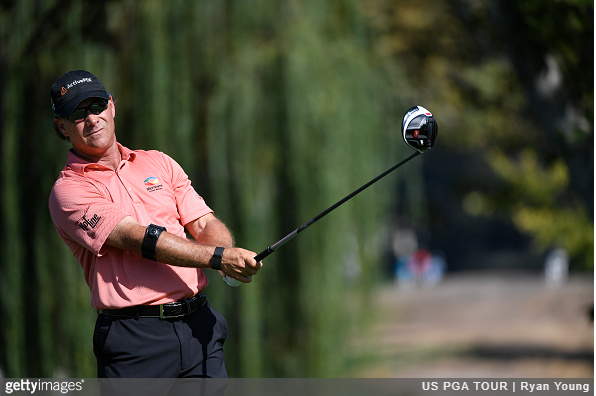 The only player on the 2017 Champions Tour that has eclipsed 50% of Langer’s current season earnings is 52-year-old Scott McCarron, who is still more than $1 million out of the money lead. McCarron has four wins on the season, which ranks second on Tour, but none of those are in the past two months, a span of time that has seen three Langer victories. 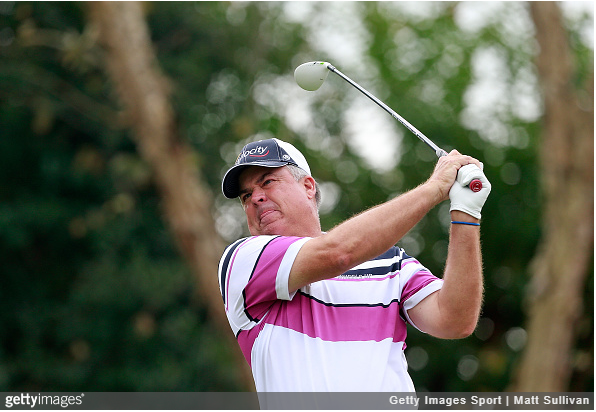 The last player not named Bernhard Langer to win the Charles Schwab Cup was Kenny Perry, who took the 2013 title after a three-win season. The 57-year-old Kentuckian Perry, has just one victory on the season, but has turned it on over the year’s second half with six top 10s in his last ten starts to reach No. 3 in the standings. 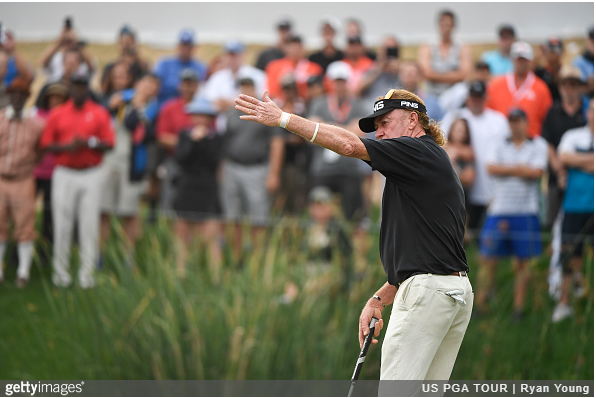 The runner-up to Langer in an intense playoff at the most recent Tour event, the QQQ Championship, the 53-year-old Spaniard Jimenez made an important move into the top 5 and now controls his own destiny in Phoenix. Jimenez has one victory on the season, in addition to three runner-ups, and 10 top-10s in 18 events. 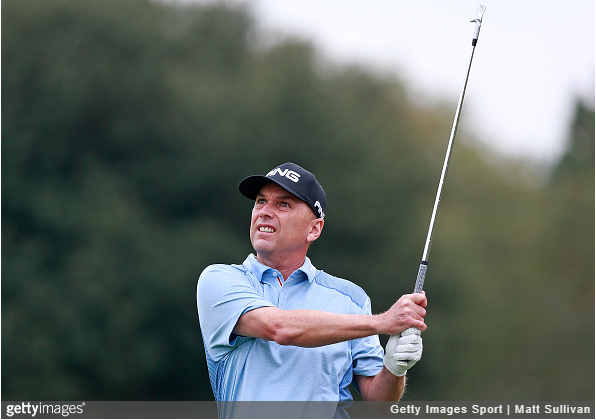 Sutherland has yet to win a Champions Tour event in 77 starts over the past four seasons, but played well enough in 2017 to nab one of the coveted top 5 positions in the playoff finale. The 53-year-old has an impressive 14 top 10s in 22 events this season, although none of those were in his five most recent starts.

3. FREDDIE GIVES IT A GO

Many believe that Langer’s biggest obstacle to his fourth straight Schwab Cup is a man who actually ranks outside the top five of the current standings. 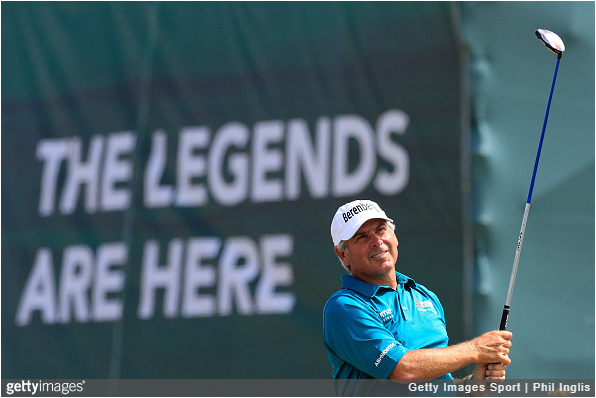 Currently in 10th place is 58-year-old Fred Couples, who has been as good as anyone outside of Langer in 2017, but a notoriously bad back limited him to just 11 starts. He made the most of those 11 starts though, winning twice and posting 8 finishes inside the top-six.

Couples is hoping his back holds up to make it through three competitive rounds for the first time since late August. He might be rusty, but nobody is overlooking him.