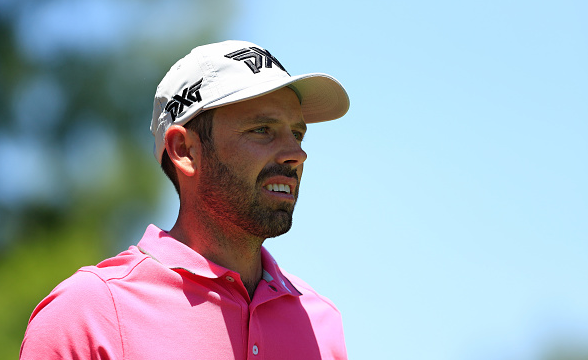 Stewart Cink, who co-led after round one, is a stroke back at 8-under, after a 2-under 68 at TPC Southwind.

Another first round co-leader, Matt Every, carded an even-par 70 and remains at 6-under, three shots back, and tied for sixth with Matt Jones, Trey Mullinax, Seamus Power and Retief Goosen.

Brooks Koepka headlines a group tied for 11th at 5-under, and four off the lead.

Adam Scott and Phil Mickelson, two the the biggest names in the field, are in the hunt at 4-under 136.

Defending champion Daniel Berger is at 2-under-par (T34), after posting a second round 68.

A week after he was named the NCAA Individual Champion, Ole Miss golfer Braden Thornberry made his PGA Tour debut as an amateur at TPC Southwind, just 15 minutes from his hometown of Olive Branch, Miss. He made the cut and sits T58 through 36 holes.

Tournament favorite Rickie Fowler followed up his opening-round 4-over 74 with an even-par-70 and missed the cut by three shots.

“On this golf course you really have to do everything well. It shows your weakness pretty quickly, so if I drive it well, good iron shots and I think the putter is always the key to low scoring.”
–Charl Schwartzel, 36-hole co-leader