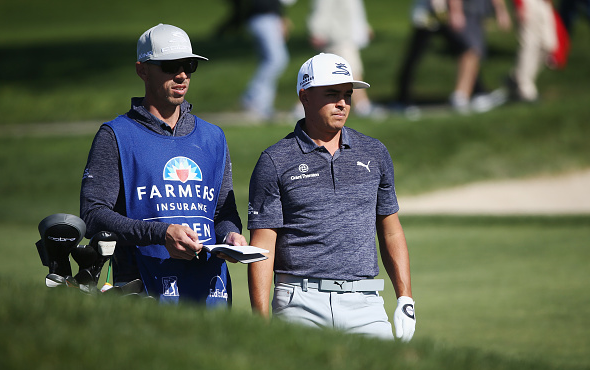 A thrilling week at Torrey Pines had so much action, that it could not be finished in just four days. 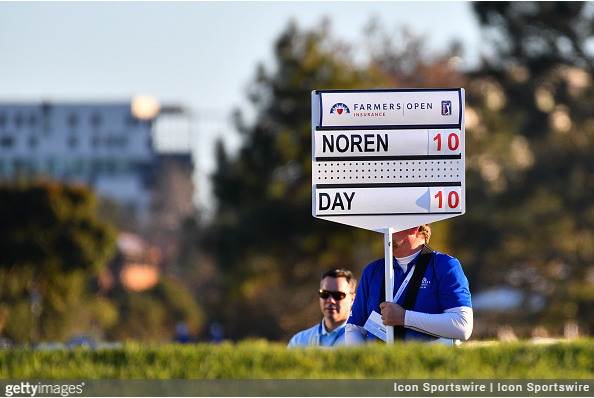 Jason Day and Alex Noren will be back out on the South Course at 8 a.m. PT tomorrow morning to (hopefully) finish a back-and-forth playoff that’s already lasted five sudden-death holes.

With 77 holes in the books at the Farmers Insurance Open, let’s take a look at three players who impressed, and three who disappointed.

Coming into the week, the most intriguing storyline was the long-anticipated return to competitive golf of Tiger Woods. 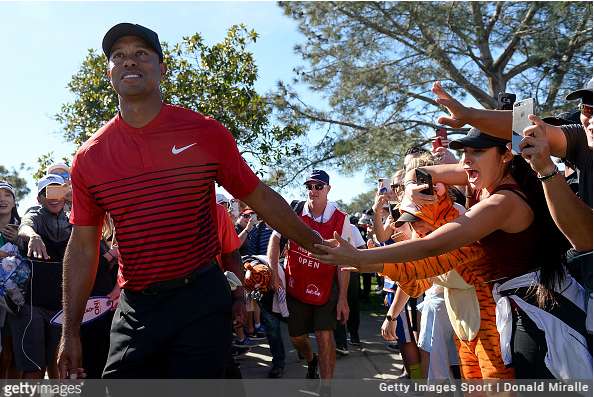 There may not have been a lot of fireworks and violent fist-pumps, but overall, Tiger did not disappoint.

His driving was alarmingly poor – hitting just 3/14 fairways in rounds 2, 3, and 4, but he still managed to finish all four of his rounds at even-par or better, something that was rare in the Torrey Pines field.

It is especially good when considering he hadn’t played a weekend since August of 2015. These days, simply finishing the tournament without injury is a victory for Tiger. Making the cut and posting a top-25 is more than a little encouraging.

Regardless of what happens when Noren and Jason Day reconvene for a sixth playoff hole tomorrow morning, the 35-year-old Swede is a big winner this week. 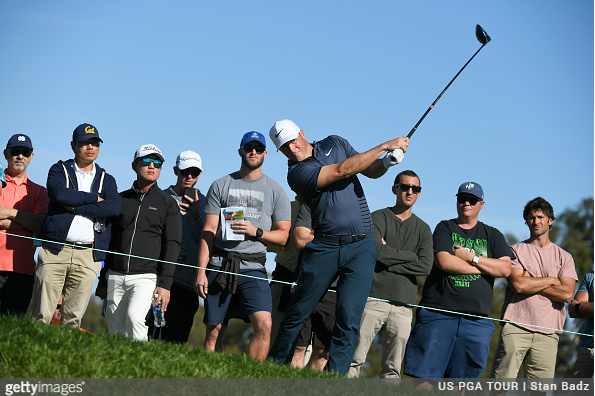 Those who do not follow the European Tour closely might not know who Noren is, despite the fact that he has been ranked as high as No. 8 in the world in the past year.

The Oklahoma State product has 10 career wins in Europe, including four in 2016, but the only time he registered even a little on U.S. soil was during an impressive run at last year’s WGC-Dell Technologies Match Play, where he finished T5, and nearly pulled off a comeback win in the quarterfinals against eventual champion Dustin Johnson.

Many thought that the short-hitting Noren would be overwhelmed by a 7700-yard Torrey Pines course, but his stellar approach and short game have him deep into a playoff.

Noren led the field in greens in regulation for the week, and after some struggles on the Sunday back nine, he has made one clutch putt after another in the playoff.

One of the biggest surprises of the week was the steady play of Retief Goosen, who finished T12 after rounds of 70-68-72-73. 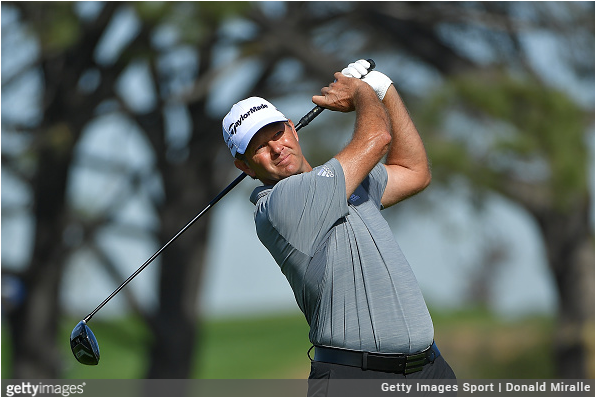 In recent years, Goosen has looked like he is just running out the clock until he has Champions Tour eligibility, as a runner-up finish at last year’s opposite-field event in Puerto Rico is his only top 10 since 2009.

Last season was especially rough, as he made just seven cuts in 19 events and finished a mile out of the FedExCup playoffs, but after this strong showing at Torrey Pines, the two-time major champion may not be done yet.

A solo-fourth place finish should make J.B. Holmes one of the 3 ups, especially since he is coming off a season with just two top 10s, but a lot of the buzz following Sunday’s round at Torrey Pines is about a frustrating couple of moments on the 72nd fairway. 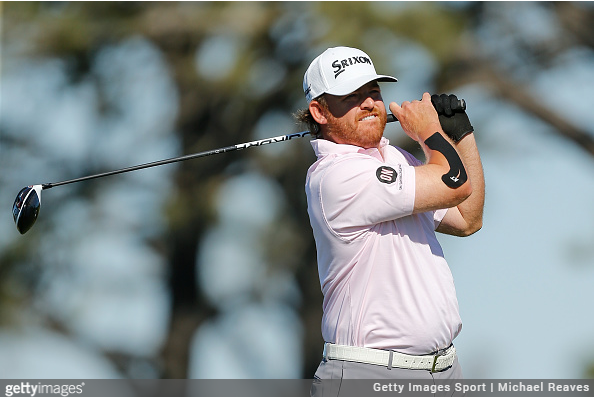 Needing an eagle to force his way into a playoff, Holmes took an excruciating 4 minutes and 10 seconds to take his second shot on the par-5 18th, changing his mind several times before finally deciding to lay-up.

A number of fellow pros took to social media to bash J.B. including former Open Champion Mark Calcavecchia, who called it “horrible sportsmanship”.

When Alex Noren was finally allowed to hit, and sent his approach shot careening over the green, many could not help to wonder if he had been “iced” by Holmes.

The other big story of the weekend was the title defense of recently unstoppable Jon Rahm, who used a blistering final nine to win the Farmers Insurance Open last year, his first career PGA Tour victory. 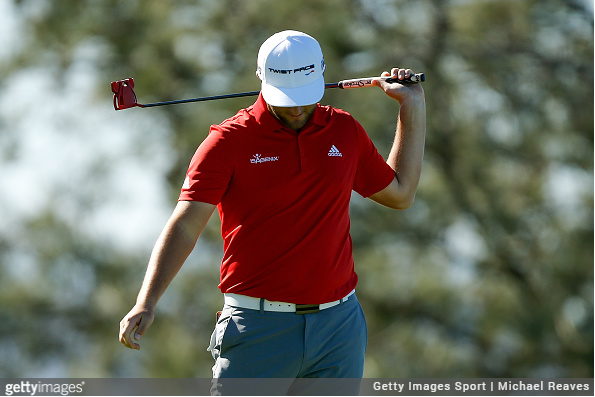 Rahm was also coming off a four-hole playoff victory at last week’s CareerBuilder Challenge, elevating him to World No. 2.

With a shot at reaching World No. 1 at just 23 years old, Rahm stayed hot through 36 holes, shooting 68-66 to get to 10-under par, and entering the weekend just one stroke out of the lead.

Despite an abysmal recent history in this event (three missed cuts and a T61 in his last four appearances), Fowler was among the favorites coming into the week. 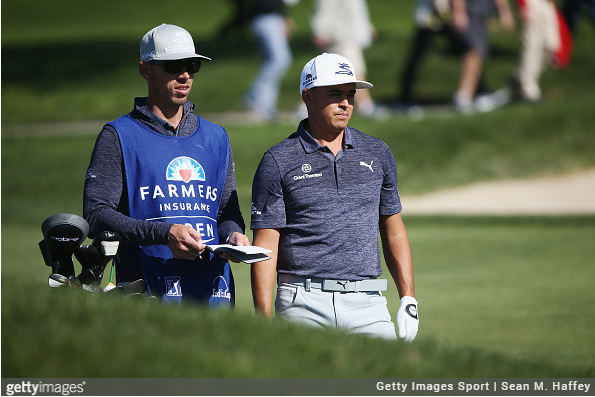 The thinking among the optimists was that Rickie would fare better this year because, unlike in recent years, he wasn’t coming into Torrey Pines directly after a European Tour event in Dubai.

However, he (again) missed the cut after two rounds of even-par 72. Golf fans may have to accept that this course just does not like him. His skillset is so complete that it seems crazy that there is a course that does not fit him, but whatever the issue is, Rickie is not getting it done in La Jolla.