Tiger Woods shot an even-par 72 on Sunday to finish 3-under par in his return to the PGA Tour at the Farmers Insurance Open. 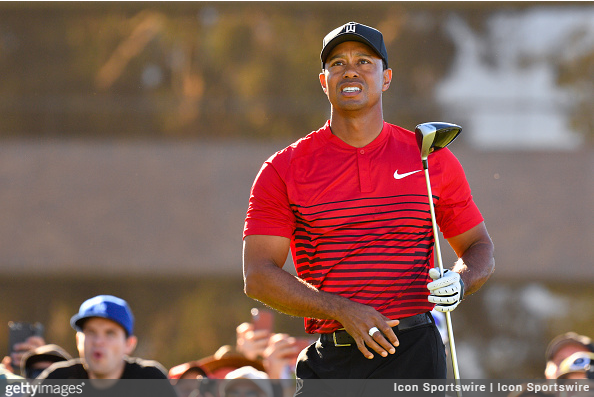 Starting on the South Course’s back nine, Woods carded three birdies and two bogeys to turn at 1-under 35. A fourth birdie on the 11th saw him move to 5 under and T16, but a pair of bogeys down the stretch dropped him to T23.

“I’m going to go back and work on a bunch of things,” said Woods, who struggled badly off the tee (17 of 56). “I can feel some of the things I’m doing wrong in my swing, so we’re going to go back to work.

“It’s nice to have two weeks off, but it’s more important that I got this tournament under my belt where I can feel some of the things I need to work on because hometown speed versus game speed is two totally different things. As much as we try to simulate it at home, it’s never the same.”

After playing his first four-round tournament since the 2015 Wyndham Championship, Woods will take a week off to recharge. His next start will be at Riviera for the Genesis Open, where he made his first PGA Tour start as an amateur in 1992.

“I’ll go back home and kind of reassess where I’m at and keeping doing that,” said Woods. “These are things I honestly can’t tell you. ‘Yeah, I’m going to play five tournaments in a row.’ I don’t know what my body can do yet. I’m still learning it.”