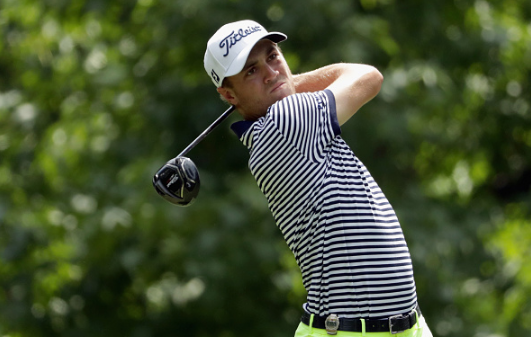 American Ryder Cup Captain Davis Love III made three of his four Captain’s picks on Monday, selecting Rickie Fowler, J.B. Holmes, and Matt Kuchar. Among the options he has for his final pick, these are the most likely:

Thomas is no doubt a great young talent, and he seems like he would be a good locker room presence. He is also close with at least Jordan Spieth and Rickie Fowler, so chemistry is a positive for him as well. He has had a great year with a win and four third-place finishes, but he lacks experience has not contended at a big time event (although he finished T13 at last year’s BMW, and top 20s in the past two Barclay’s), so it would be a bit of a gamble.
Last Six Events: T32, CUT, T10, CUT, T3, T66

Another talented youngster, Berger has lately been getting hype as a potential pick for DL3. He has a win and six top 10 finishes on the season. Similar to Thomas, his inexperience is a potential knock, and while he has had a tremendous season, his more recent results have been less impressive since an awful final round at The Travelers Championship where he dropped from 54-hole leader to T5.
Last Six Events: T10, T41, T70, T5, T73, T37

If Love wants experience, Furyk has plenty of it, although his Ryder Cup record has been questionable. Missing time with a wrist injury is hurting him, as he was unable to qualify for the Tour Championship, and will have to hope his resume up to this point is good enough. He was T2 at The U.S. Open and shot a 58 at The Travelers.
Last Six Events: T57, T41, T10, T5, T73, 13

Ryan Moore is finally transmuting his amazing talent into tangible results, with a win and two other top-10s in his last five events. He hasn’t missed a cut since mid-May. Lack of big time tournament results could hurt, as he was a non-factor in the major season.
Last Six Events: T64, T8, T7, T53, 1, T17

The surprise snub of DL3’s first set of Captain’s picks was Bubba Watson. The #8 golfer in the world Watson is the highest ranked American who is not currently on the team. The two-time Masters winner would bring distance, experience, and personality to the Ryder Cup team, but his recent form is in question, as he has not had a top 10 since early March.
Last Six Events: T20, CUT, T13, T8, T25, T60

Cross posted from The Daily