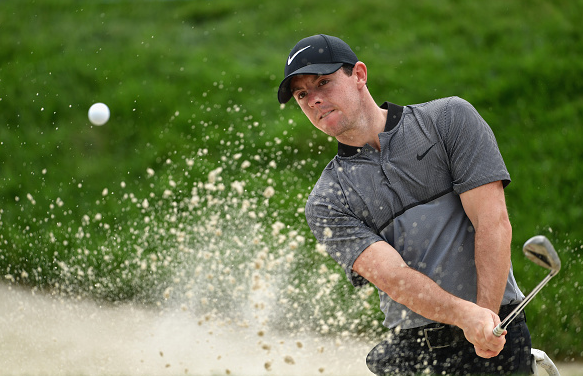 We’ve had three first-time winners this year at the majors, but none of them were a major surprise (pun intended).

Danny Willett had a good season in 2015, and for Dustin Johnson it was only a matter of time before he won – while Henrik Stenson, well, he’s one of the purest ball strikers of the game.

Will the trend continue? Will we see another first time winner at Baltusrol?

Here are our Power Picks for the 2016 PGA Championship.

Just like Jason Day last year and Rory McIlroy the year before that, DJ owns this stretch of the year. He followed his back-to-back wins with a Top-10 finish at the British Open and a runner up finish at the Canadian Open. If you’re keeping count, that’s 12 Top-10’s this year. Just like Oakmont favored DJ’s length off the tee, Baltusrol should be right up his alley.
FedEx Cup: 1 | OWGR: 2

Following his missed cut at the US Open, Rory McIlroy bounced back and grinded out a Top-5 finish at the British Open. He was on the wrong side of the draw and encountered some awful weather at Troon. Although McIlroy hasn’t won on the PGA Tour since the Wells Fargo Championship last May, he does have two wins on the European Tour in that span. In seven starts at the PGA Championship, he has two wins, four Top-5s and 5 Top-10s. If he starts holing some putts, he might just be the one to beat.
FedEx Cup: 33 | OWGR: 4

Another player who coming in with some serious form is Sergio Garcia. In his previous four starts, he has one win (AT&T Byron Nelson) and three T-5th finishes (US Open, BMW International Open and the British Open). Although, his performance at the British Open went completely unnoticed. There’s certainly some added pressure on him since Dustin and Stenson have both won their first majors, but expect him to hold his own and be contention once again.
FedEx Cup: 13 | OWGR: 10

Defending Champion and the current World No. 1 is another favorite this week. His title defense last week at the Canadian Open didn’t go as planned though. Since winning the Players Championship two months ago, he’s posted two Top-10s, a T-8th finish at the US Open and a 3rd place finish at Firestone. A win would make him the first back-to-back PGA Championship winner since Tiger Woods in ’06 and ’07.
FedEx Cup: 2 | OWGR: 1

Although it’s been a while since Matt Kuchar has been in the winner’s circle, his form speaks for himself, six Top-10s in his previous eight starts. Kuchar has come close a couple of times at the Majors, but has never been over the wall. He certainly has the game to win one. He finished T-7 at Whistling Straits last year and will look at Keegan Bradley and Jason Dufner for some inspiration.
FedEx Cup: 14 | OWGR: 17