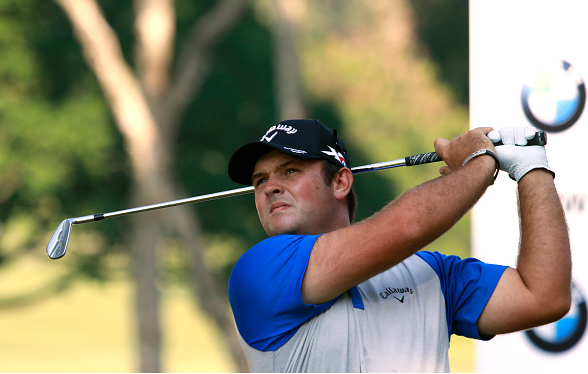 The CareerBuilder Challenge is the third PGA Tour event of 2017 calendar year, and the first on the mainland. The tournament, formerly known as the Humana Challenge (and before that the Bob Hope Classic), will be played at PGA West’s venerable Stadium Course.

The field in La Quinta is not what you’d call star-studded, but it does have a few high-profile players, including Ryder Cup stars Patrick Reed and Phil Mickelson. Last season’s champ, Jason Dufner, will be back to defend, and will surely be one of the marquee names to follow.

With that, let’s get on to this week’s power picks for the CareerBuilder Challenge.

Undeniably, the most popular player in this week’s field is 2002 and 2004 CareerBuilder Challenge winner Phil Mickelson. The 5-time major champion will be making his 2017 (calendar year) debut at PGA West. Mickelson has played just once in the early 2016-17 Tour season, when he posted a T8 in Napa (CA) at the Safeway Open in early October. Three straight 69s followed by a final round 67 was an encouraging season start.

Casey was one of the biggest (negative) surprises at last week’s Sony Open, missing the cut after opening with a 3-over 73. Casey rebounded with a second-round 67, but it was not enough to get him into the weekend. Despite the Thursday hiccup, Casey has been in tremendous form since September with two runner-ups and a solo-fourth in the final three events of the FedEx Cup playoffs. Prior to the Sony, Casey has performed well to start the new season, going T3 (Safeway), T21 (CIMB), T12 (WGC-HSBC).

Johnson, a two-time major winner, played well at last week’s Sony Open finishing T6 after a second-round 61. He did well enough in the first three rounds to be paired with winner Justin Thomas on Sunday. Johnson has missed the cut at the last two CareerBuilder Challenges, but finished T3 in 2014.

Reed, the biggest star of the Americans’ 2016 Ryder Cup victory, won the CareerBuilder Challenge in 2014. At #9 in the world, Reed is the highest ranked player in the field. Reed is coming off another successful season in which he won the Barclays, and had eleven top-10 finishes, which ranked second only to Dustin Johnson. In his most recent outing, Reed finished T6 at the SBS Tournament of Champions, shooting a second-round 65 that tied the low round of the week.

Dufner is the defending champ at the CareerBuilder. The victory led to a nice bounce-back season for Dufner, as he posted six top-10s and finished 19th in the final FedEx Cup standings. Dufner has played in two events to start the 2016-17 season – a missed-cut last week at the Sony and a sole-21 at the SBS Tournament of Champions.