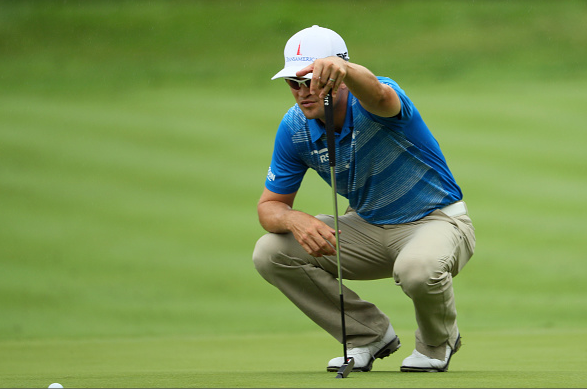 The PGA Tour finally slows down following a run of big events. But the field this week at the Travelers Championship is anything but weak, with plenty of big names vying for important FedEx and Ryder Cup points.

Here are the Power Picks for this week’s Travelers Championship at TPC River Highlands.

The most successful player at the Travelers in recently history is Bubba Watson. To go along with his two wins (2015 and 2010), he also has a runners-up finish in 2012 and fourth place finish in 2013. Although he is coming off of a string of poor performances, memories of his first win on tour (2010 Travelers) should provide him with plenty of motivation.
FedEx Cup: 21
OWGR: 6

With his ankle all braced up, nobody expected Brooks Koepka to play the way he did last week. After a marathon Sunday where he played 36 holes, Koepka finished T-4th and consolidated his position in the Ryder Cup Standings. Koepka has been playing well recently, finishing 13th at the US Open and runners-up in St. Jude Classic. As of Monday night, he is in the field this week, but it depends how his ankle holds up.
FedEx Cup: 19
OWGR: 17

Zach Johnson is one player who should love this week’s course at the Travelers. At less than 7,000 yards, TPC River Highlands doesn’t demand distance off the tee, something in which Johnson obviously lacks. He’s put in some decent performances of late, three Top-12 finishes in his previous four starts. Johnson finished sixth at the Travelers last year.
FedEx Cup: 51
OWGR: 21

Since winning the RBC Heritage earlier this year, South African Branden Grace has posted four Top-10s. This includes Top-5 finishes at the US Open and the PGA Championship last week, where he led in proximity to the hole. Although he missed cut last year, Grace should deliver this time around.
FedEx Cup: 22
OWGR: 10

Four time PGA Tour-winner, Patrick Reed is another player who is coming in with some good form. His last three finishes have been T-10 at the Scottish Open, T-12 at the British Open and T-13 at the PGA Championship. He’s missed cut in his previous two outings here, but Reed is someone who can surely get past that.
FedEx Cup: 8
OWGR: 14