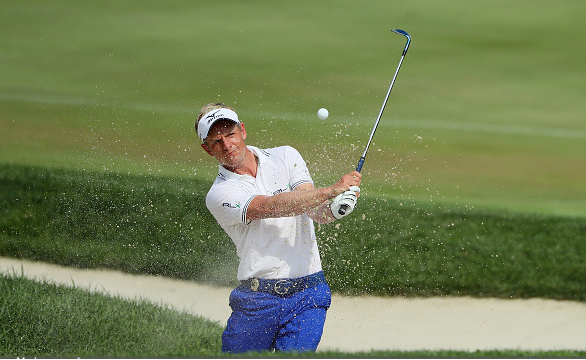 Following up on our Power Picks for the Travelers Championship at TPC River Highlands, here are this week’s Sleeper Picks.

Daniel Summerhays has only two top-10s this season, and both of those came in the majors. A T-8th finish at the US Open and a solo third at the PGA Championship, should give him enough of a boost coming in this week. Late on Sunday, Summerhays made a charge and fired five birdies in his final seven holes. His Top-4 finish earned him a ticket to Augusta next year.
FedEx Cup: 39
OWGR: 53

In his four starts since turning professional, Jon Rahm has two Top-3 finishes, a runners-up at the RBC Canadian Open and a T-3 finish at the Quicken Loans National. The former World No. 1 Amateur has accepted special temporary membership on the PGA Tour for the rest of the 2015-16 season and now has the opportunity to get unlimited sponsor exemptions in an attempt to earn a 2016-17 Tour card.
FedEx Cup: N/A
OWGR: 143

Englishman Tyrrell Hatton has been racking up some great finishes lately; 2nd at the Scottish Open, 5th at the Open Championship and 10th at the PGA Championship. Hatton plays mostly on the European Tour and as such doesn’t get much attention on the PGA Tour. But expect him to get into contention once again this week.
FedEx Cup: N/A
OWGR: 52

It’s difficult to fathom the former World No. 1 being a sleeper pick this week, but Luke Donald is someone who isn’t fully living up to his potential. With only one Top-10 this season, a T-2 at the RBC Heritage, Donald has a tough task ahead of him. The reason he made it into our list is because of his performance last year at the Travelers, where he finished T-7th to earn himself a spot at the British Open. Expect him to feel inspired this week.
FedEx Cup: 90
OWGR: 88