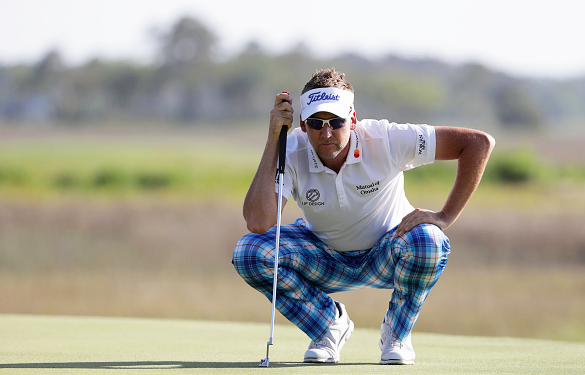 The Valero Texas Open is one of the longest running tournaments on the PGA Tour’s schedule – the 3rd longest to be exact.

The San Antonio-based tournament has been won by some of the most iconic names in golf, including Walter Hagen, Ben Hogan, Sam Snead, Arnold Palmer, and Lee Trevino.

We’re not sure if the field this week at TPC San Antonio will deliver any future legends of that caliber, but it does include a mix of big-name veterans and top-ranked players – including 10 of the world top-50, and five of the top-25.

With that, here are the Power Picks for the Valero Texas Open.

Patrick Reed, a San Antonio native, was runner-up at last year’s Valero Texas Open, one of his 11 top 10s in 2016 – second most on Tour. The 26-year-old has already won five career tournaments and was undoubtedly the American star for last year’s winning American Ryder Cup team.

But this year has been an unexpected struggle for Reed. His past six events have been, especially, rough with finishes of T59, T61, T38, T51, CUT, CUT. However, with the familiar surroundings and his recent success at TPC San Antonio, this could be the week where Reed finally gets his game back on track.

Matt Kuchar enters San Antonio playing some solid golf, with a T4 at the Masters and a T11 at Hilton Head. The Olympic Bronze winner is a top-10 machine, with seven or more in seven consecutive seasons.

The world No. 17 hasn’t won on Tour since the 2014 RBC Heritage, while his best finish in San Antonio was that same year, a T4. With a field not overly loaded with superstars, this may be the week that Kooch breaks through.

Coming off a strong 2016 season where he had seven top 10s, including two runner-ups, and was a productive player for the United States at the Ryder Cup team, Koepka’s poor start to his 2017 season is a big surprise. In his first six 2017 starts, he missed four cuts and finished T42 and T48 in two others.

Over his past two starts, however, he seems to have broken out of his funk with strong performances in two high-level events: a T9 at the WGC-Dell Match Play and a T11 at The Masters. The 26-year-old missed the cut at TPC San Antonio last year.

Since a T11 at Riviera back in February, Jimmy Walker has played under-the-radar solid golf with four top-25s in his last six starts, which included some top-heavy fields. The former Baylor star consistently performs well in the Lone Star state.

The reigning PGA champion is coming off a nice T18 at the Masters, and, as a former winner in San Antonio, should be one of the players to watch this week.

Wait, what!?… Yes, we know. Ian Poulter, at World No. 190, hardly qualifies as a Power Pick, but it’s all about the carrot and the stick approach this week for the former Ryder Cup star. This will be Poulter’s last start on a major-medical exemption, and he’ll need to make $31,000 to keep his Tour card (carrot) or else he heads back across the pond (stick).

Last week’s T11 at Hilton Head, where he nearly made enough to keep his card, was his second top-20 of the season, but first since way back in October at the CIMB Classic (T17). The motivation for Poulter is most certainly there (i.e. his life on the PGA Tour), so this may be the one week to bet on the Englishman.