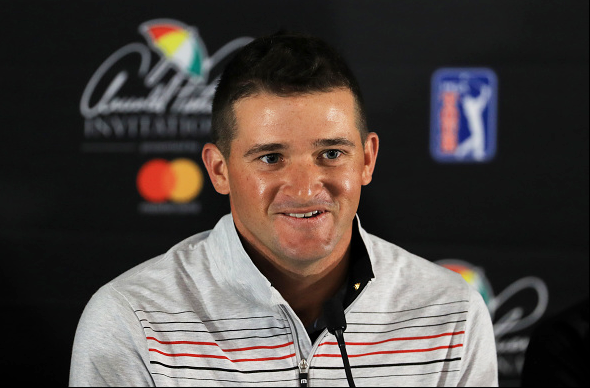 Last week at the Valspar Championship, Adam Hadwin captured his first PGA Tour victory and secured a ticket to Augusta. Unfortunately for Hadwin, he had to choose between going to the Master’s or Honeymoon and he rightfully chose Augusta. Can you blame him?

This week’s Arnold Palmer Invitational will be very emotional for all players as they pay their respects to the King. Plans call for players, and the PGA Tour, to honor Palmer’s unmatched legacy throughout the tournament.

It should be one memorable week, so lets get into the sleeper picks, which go alongside our 5 power picks.

Oosthuizen has played in 5 events this season, where he successfully played the weekend in each of those tournaments. His best showings of the year came at the Hero World Challenge (9th) and the Phoenix Open (3rd). Oosthuizen hasn’t won on the PGA Tour since 2010 but with his play as of the last two seasons, I could see him breaking that streak this year.

Oosthuizen has played in Arnie’s tournament only one time in the past, that resulted in a 9th place finish.

It seems like Kevin Na plays every single week on the PGA Tour and he does. Na has already played in 10 tournaments this season where he has racked up 3 Top-25s, 2 Top-10s and only 2 missed cuts.

Na is another player who has a ton of success at Bay Hill, racking up 2 Top-10 finishes in his 3 appearances.

Fleetwood, who is a European Tour Member, has played in 13 events in his PGA Tour career and two of those finishes have been inside the Top-10. Fleetwood is coming off his best appearances, finishing 2nd at the WGC-Mexico Championship.

Despite two missed cuts, Fleetwood ranks atop the Race to Dubai standings due to his T13 at the Maybank Championship, T3 at the UBS Hong Kong Open and a win at the Abu Dhabi HSBC Championship.

Another European Tour Player, Hatton has racked up seven Top-25s and four Top-10s in 13 PGA Tour events played. This year, Hatton has played in three events on the PGA Tour, racking up a T10 at WGC-Mexico, T23 at WGC-HSBC and a T4 at the Honda Classic.

It should also be noted that Hatton has become a machine, finishing inside the Top-25 in his last 11 worldwide events.

Arnold Palmer’s grandson, Sam Saunders, is strictly a sleeper pick here based on emotion. Athletes who are competing with emotion and a passion, like Saunders will be, typically play to their best. We have seen some of Saunders best come in streaks like his 64 to open the Genesis Open but then faltering in his 2nd and 3rd rounds.

Saunders has only made two cuts in four trips to Bay Hill but with the passing of his Grandfather, The King, I think Saunders could very well be a dark horse this week.