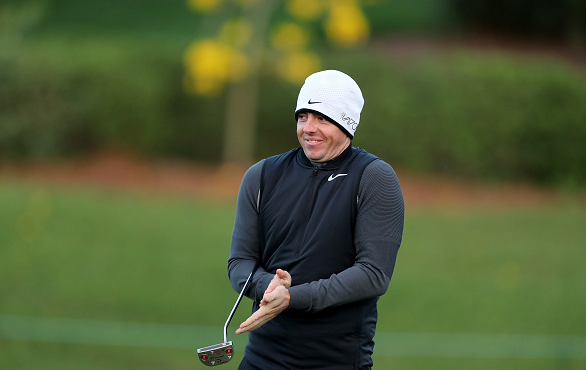 The temperatures this morning down in Orlando for the pro-am at Bay Hill was reportedly around 40° – which is pretty cold for PGA Tour standards.

The Tour players, trying to fight off the early-morning chill, bundled up to stay warm and get in some swings before tomorrow’s tee times for the first round of the Arnold Palmer Invitational.

Here’s a round-up of some of the photos from this morning at Bay Hill.

Schwartzel is bundled up, topped off with his PXG winter hat.

Bubba is wearing a PING winter hat. His jacket has the iconic Arnold Palmer umbrella on the collar – a nice touch.

McDowell takes a swing while wearing a Srixon winter hat.

Fowler braved the cold and opted for a regular hat with the Palmer umbrella logo.

Oosthuizen, with his PING hat, looks like he’s ready for the ski slopes and not the golf course.

Day, like Fowler, opts for a standard hat, but with the Nike logo. He looks totally miserable, though.