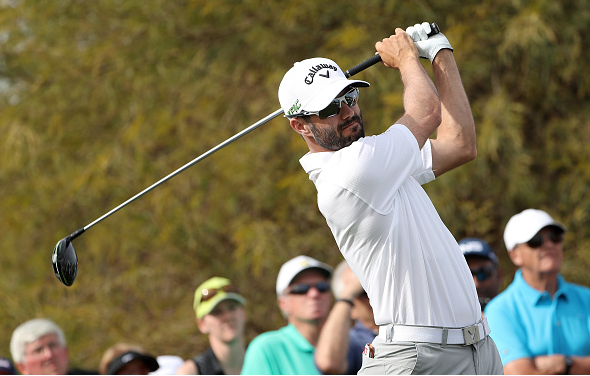 The PGA Tour stops in California this week for the AT&T Pebble Beach Pro-Am – one of the coolest tournaments of the year. The pros will be playing along with celebrities as they compete for the Pro-Am trophy.

For the first 54-holes, Thursday through Saturday, players/teams will rotate among three courses: Pebble Beach Golf Links, Spyglass Hill Golf Course, and Monterey Peninsula Country Club. A cut will be made after Saturday’s round, and the low 60 professionals and low 25 teams will play Pebble Beach for Sunday’s final round.

To go with our 5 power picks, here are the 5 sleeper picks for the Pebble Beach Pro-Am.

Despite missing the cut in his first tournament of the year, Adam Hadwin has racked up over $1mil in his last 6 events. Hadwin has finished inside the Top-25 in four of those 6 events. Hadwin also mixed in a 59, the 8th on the PGA Tour, at the CareerBuilder Challenge where he finished 2nd.

The Canadian is one of the hottest players on tour this season, however, he is still searching for his first PGA Tour win.

J.B. Holmes, who was part of the US Ryder Cup Team last fall, has gotten off to a solid start to his 2016-17 season. Holmes has made all four cuts this season, including two Top-25 finishes. In addition, Holmes has played well at Pebble Beach and has finishes of T10 in 2015 and T11 in 2016.

Although Holmes did not get a win last season, he did place in the Top-25 10 times and found himself in the Tour Championship at the end of the year.

Vaughn Taylor might be the biggest sleeper in the Tournament. The defending champion is 7 for 7 on cuts made this season and in two of those tournaments he finished inside the Top-25. I could see Taylor making a run to defend his title this week just based on his recent history at Pebble Beach.

The 21-year-old, Beau Hossler, made his professional debut two weeks ago at Torrey Pines where he finished T49 at 1-under. The Texas Longhorn recorded 6 wins in college over the course of 3 years. Hossler also qualified for the U.S. Open at the ages of 16 and 17.

Hossler is going to get a victory early in his career and already having experience in a major championships will help do so.

Shane Lowry has had a nice start to the 2016-17 season, going 3 for 3 in cuts-made. Two out of those three tournaments have resulted in Top-25 finishes for the 39-year-old from Clara, Ireland.

Following his surprise win at the 2015 WGC-Bridgestone, Lowry took advantage of his Tour exemption status and has played a bulk of his starts on the PGA Tour – where he’s had mixed results. But in his only two appearance at the Pebble Beach Pro-Am, he’s made the cut (T41 in 2016 and T21 in 2015).