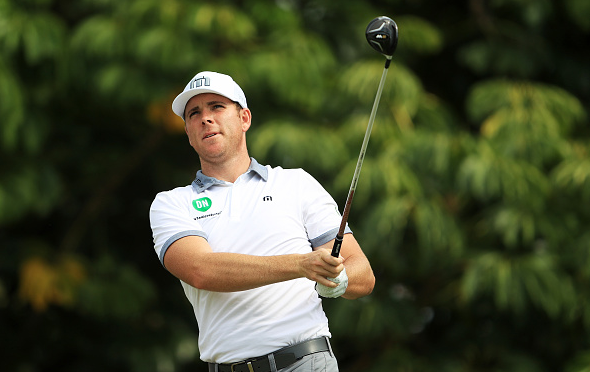 The PGA Tour makes a stop in La Quinta, California this week for the CareerBuilder Challenge. This tournament is known for its 54-hole cut over three different tracks. Jason Dufner, winner in a playoff over David Lingmerth last year, is back to defend his title.

The good news for this week’s field: Justin Thomas is taking an off week after winning both the SBS Tournament of Champions and the Sony Open in Hawaii.

To go along with our 5 Power Picks, here are this week’s sleeper picks.

The two-time PGA Tour winner, Howell, has been on an excellent run to start the 2016-17 season. After missing the cut at the Safeway Open, Howell’s worst finish has been a T39 at the CIMB Classic. Howell’s last four tournaments have all resulted in T15 or better finishes – including a T8 finish at the Sony Open last week.

Howell comes into this season looking for his first win on the PGA Tour since 2007. However, Howell’s consistency, over the course of his 17-year career, has allowed him to rake in over $30 million and remain a PGA Tour member.

Coming off his best season yet, Lovemark is still searching for his first win on the PGA Tour. Lovemark made 19 out of 27 cuts, which included five top tens and ended up finishing 49th in the season long FedEx Cup race. Already off to a hot start this year, Lovemark has only missed one cut and has recent finishes of T4 at the Sony Open and T6 at the RSM Classic.

Lovemark came up just short last year at the Zurich Classic after losing in a playoff to Brian Stuard. Lovemark’s game seems close to capturing his first win and I wouldn’t be surprised if it was this week.

After regaining membership through the Web.com Tour Playoffs, Thompson has gotten off to a sluggish start to the 2016-17 season. Thompson missed his first three cuts to start the year – but as of late Thompson has recorded a T13 at the RSM Classic and a T20 at last week’s Sony Open.

Thompson captured his only win on the PGA Tour in 2013 at the Honda Classic. Thompson’s latest win came from the Albertsons Boise Open on the Web.com Tour.

The 29-year-old, Lingmerth, has not gotten off to the start he would’ve liked this year, but having two runner up finishes shows that he likes this tournament. The Swede fired a third round 62 and a final round 65 last year to get in a playoff with Jason Dufner, where he lost on the second playoff hole.

Lingmerth’s only victory on the PGA Tour came in 2015 at the Memorial, where he outlasted Justin Rose in a playoff.

This is List’s third year on the PGA Tour and he is already off to his best year yet. List has racked up over $800k, which is more than he made in the 2013 and 2015 seasons, in just six tournaments. Over his first six tournaments of the year, List has finished T26 or better with two top ten finishes.

List is coming into this week after back-to-back T13 finishes at the Sony Open and RSM Classic.