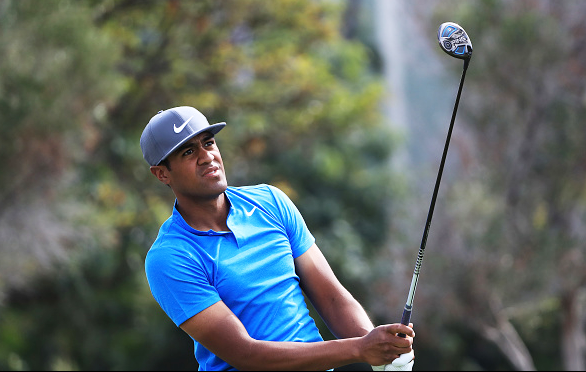 The PGA Tour stops in La Jolla (CA) this week for the Farmers Insurance Open. Players will be playing both the North and South Course at Torrey Pines. These prestigious courses have drawn some of the biggest names over the years and this year is no different.

Tiger Woods is back in action this week and will be playing alongside bombers Dustin Johnson and Jason Day.

To go with our 5 Power Picks – here are the 5 Sleeper Picks.

Andrew Johnston, who is known as Beef, is going to be one of the most exciting players on Tour this year because of his personality. No matter if Beef makes a bogey or birdie, he will be smiling or laughing.

Beef has only played in one tournament this season, (WGC-HSBC Championships, T47) however, I see him being excited to be on the PGA Tour and he will capture a win at some point early in the year.

This week Harman will be playing his 8th event of the year. The 30-year-old has had a solid start to his year, recording 3 top-20 finishes including a T3 last week at the CareerBuilder Challenge. Harman currently ranks 6th in strokes gained putting (1.175), but if he doesn’t improve his accuracy off the tee, he will struggle this week with thick rough and a long course.

The former Georgia Bulldog has only recorded one win on the PGA Tour (2014) but has been fairly consistent over the years finishing top-60 in the FedEx Cup race 4 out of his 5 years on Tour.

The Duke University alum, Streelman, has had somewhat of a rocky start to the 2016-17 season. Streelman has two missed-cuts, to go along with a T61 and a T34. However, Streelman recorded a T18 at the Sanderson Farms Championship and a T4 at the OHL Classic.

Streelman did have an excellent showing last year at Torrey Pines, finishing in 3rd place at 4-under in extremely tough conditions.

Considering all the big names this week, Woodland is being overlooked and falls perfectly into a sleeper pick. Woodland started his year with a T56 at the CIMB Classic and a T47 at the WGC-HSBC Championship but in his last two events Woodland has recorded back-to-back top-10 finishes.

In his last tournament, the Sony Open, Woodland recorded four sub-70 rounds, good enough for a T6 finish at 17-under-par.

The 27-year-old, Finau, is another name being overlooked in this stacked field. Finau captured his first win on the PGA Tour last year at the Puerto Rico Open and so far this season, has been fairly consistent. Finau has made 5 out of 6 cuts to start the season.

In his last two tournaments, Finau has recorded back-to-back top-20 finishes, including a T9 finish at the SBS Tournament of Champions.