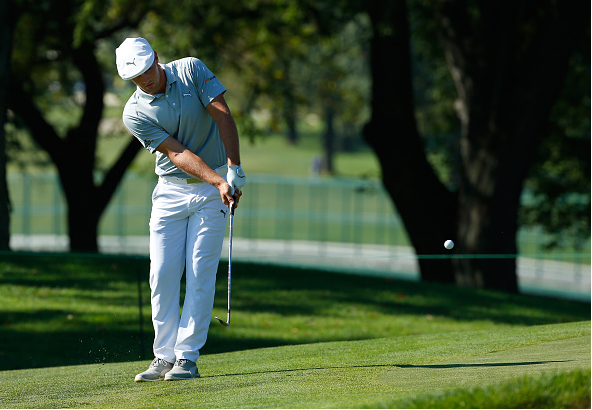 The PGA Tour is in Vegas this week for the Shriners Hospitals For Children Open at TPC Summerlin. Like the city itself, the Tour’s Vegas stop has a history of delivering Lady Luck to some sleepers and long shots.

Look no further than its two most recent winners: Smylie Kaufman entered last season’s event as a rookie with 0 wins, and walked away as its champion. Ben Martin did the same in 2014. Neither player has won since, despite playing in a combined 81 Tour events (53 for Martin, 28 for Kaufman).

With that little factoid, here are this week’s sleeper picks for the Shriners Open.

The 43-year-old Bohn has done everything but win this tournament. The former Alabama (’95) star hasn’t played his best to start the year (CUT Safeway, T70 Sanderson) yet it’s apparent he feels comfortable in Vegas with runner-up finishes in two of the last 3 years.

PGA Tour rookie, Jon Rahm, is coming off a T15 at the season-opening Safeway Open in Napa Valley, CA. Look for the former Arizona State star, and two-time winner of the Ben Hogan award, to make some noise early in his career. And we don’t see a more fitting spot than in the desert at TPC Summerlin.

Coming off a T15 at Silverado and a T3 at TPC Kuala Lumpur in Malaysia, Fathauer might be the hottest under-the-radar player coming into this week. Fathauer missed the cut here last year, however, look for Fathauer to continue on his fast start to the 2016-2017 season.

Las Vegas resident Kevin Na will have the chance to put on a show for his family and friends this week. Finishing T2 last year, Na will look to get his putter hot again and win one in front of his home crowd. Na started the new season strong, finishing 7th at the Safeway, but didn’t fare too well in Asia with a T29 (CIMB) and T54 (WGC-HSBC).

After winning the DAP Championship to earn his Tour card, DeChambeau has a legitimate chance to start his year off fast. Known for his scientific approach to golf, look for him to make a lot of birdies – and if he can limit his mistakes, he will be right there come late Sunday.