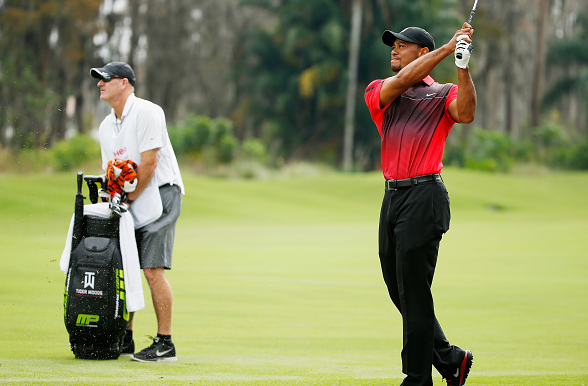 Following 16 months away from competitive golf, Tiger Woods is set to make his return to the PGA Tour next month at the 2016 Hero World Challenge in The Bahamas.

Here’s some things to know about Tiger’s return and the Hero World Challenge.

“I am excited to make my return at the Hero World Challenge at Albany and play in this terrific tournament. This is our 18th year, and every year we put together a top field that showcases the best golfers from the previous season. Albany is an outstanding setting, and I can’t thank Hero MotoCorp enough for their support of the tournament and my foundation.”

Aside from being in the Bahamas in December, Woods is also a five-time winner of the Hero World Challenge, so it’s a nice place to start. He last played in the tournament in 2014.

The Tiger Woods Foundation is the event’s charitable beneficiary along with the Tavistock Foundation and Albany Scholars Program.

Bubba Watson will join Woods in the Hero World Challenge field as its defending champion. Watson will defend in a field that includes 16 of the Top 25 players in the World Golf Ranking.

The Hero World Challenge is a 4-round, 72-hole stroke play event with a $3.5 million purse, a $1 million winner’s prize and Official World Golf Ranking points awarded. The last place finish is worth over $100K.

The field of 18 PGA TOUR players is invited as follows: the current four major championships winners, the top 11 players available from the Official World Golf Ranking as of Sept. 26, 2016 (following the TOUR Championship), the defending champion and two special-exemption players.

It will be held at the challenging par-72, 7,302-yard Albany for the second consecutive year.

Live television coverage of the Hero World Challenge will be provided by Golf Channel during all four rounds and by NBC during the third and fourth rounds.