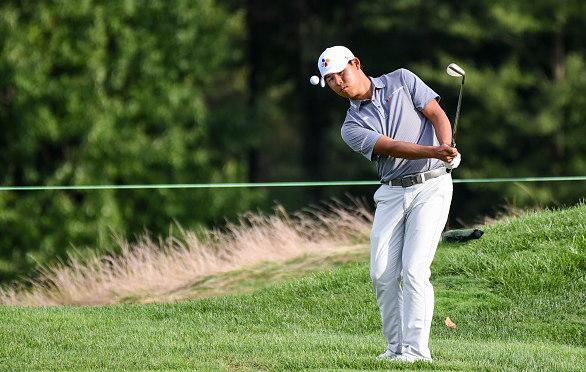 To go along with our 5 Power Picks, here are this week’s 5 Sleeper Picks for the Tour Championship by Coca Cola.

One of the contenders for the final Captain’s pick for the United States team, Daniel Berger has a lot at stake. Last year, he caught fire during the Playoffs and won the Rookie of the Year award. This time, Berger isn’t that hot but comes into the Tour Championship with a Top-10 finish at Crooked Stick.
FedEx Rank: No. 26
OWGR: No. 37

Former Georgia Tech alum, Roberto Castro is definitely feeling at home. Castro followed his T-25 finish at the Deutsche Bank with a 3rd place finish at the BMW Championship. In his lone appearance at the East Lake Golf Club, Castro finished T-9, back in 2013.
FedEx Rank: No. 21
OWGR: No. 70

Rookie or no rookie, Si Woo Kim is having a terrific season. In his previous eight starts, Kim has a win, a playoff loss and four other Top-25 finishes. He’s shown good numbers with his putter recently, and hopefully he puts it to good use this week.
FedEx Rank: No. 18
OWGR: No. 57

After seven straight weeks on the road, Ryan Moore probably felt his body betray him last week at the BMW Championship where he finished T-64th. Nevertheless, he should be raring to go this week at a course where he has two Top-10 finishes in his two starts.
FedEx Rank: No. 14
OWGR: No. 42

The other serious contender for the Rookie of the Year Award, the 23-year old Argentinian has had a breakthrough year as well. The top ranked rookie in the FedEx Cup entering the Tour Championship, 9th, Grillo will be hoping to finish the year with a bang.
FedEx Rank: No. 9
OWGR: No. 26