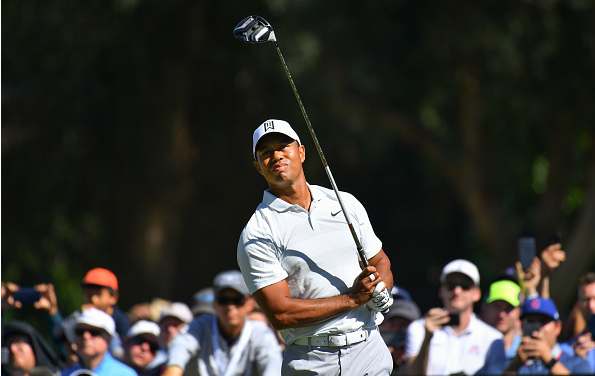 A storybook ending last weekend in Mexico’s WGC event serves as a nice lead-in back to the U.S. and the state of Florida, as the Valspar Championship tees off on the Copperhead Course at Innisbrook Resort, located just outside of Tampa.

An event that started as the Tampa Bay Classic in 2000 has played host to some thrilling competition in recent years, with the last 11 editions being decided by two strokes or less.

Here is what to look for this week:

Over the past year and a half, perhaps nobody on Tour has been more up-and-down than the 30-year-old Saskatchewan native Adam Hadwin, who happens to be the defending champion of the Valspar Championship. 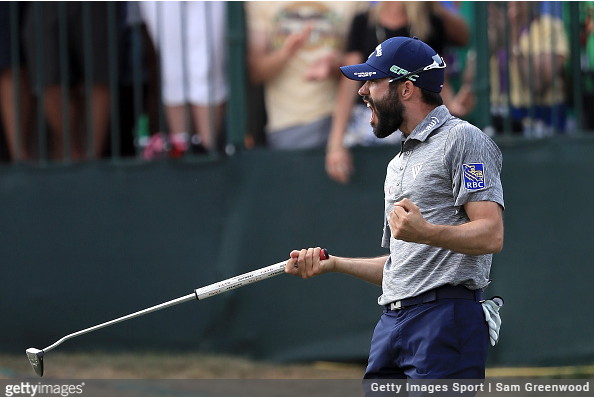 By the end of March last season, Hadwin had the Valspar victory and four other top-12 finishes, including a runner-up finish at the CareerBuilder Challenge where he shot a third round 59, becoming just the eighth player in Tour history to hit that magic number.

An elite short game kept Hadwin in the mix week-in and week-out, and suddenly, Mike Weir and George Knudson were getting nervous atop the list of all-time best golfers from Canada.

Hadwin then hit the wall. Hard. May through August was especially difficult for Hadwin, as he entered 14 events, missing six cuts, in addition to four other finishes outside the top 50. Aside from an outlier T5 performance at the WGC-Bridgestone, he looked completely spent as his stats plummeted.

However, all four of those events were limited-field no-cut tournaments. That 32nd place finish was among just 34 players in the field at the Sentry Tournament of Champions, which he qualified for via his Valspar triumph. 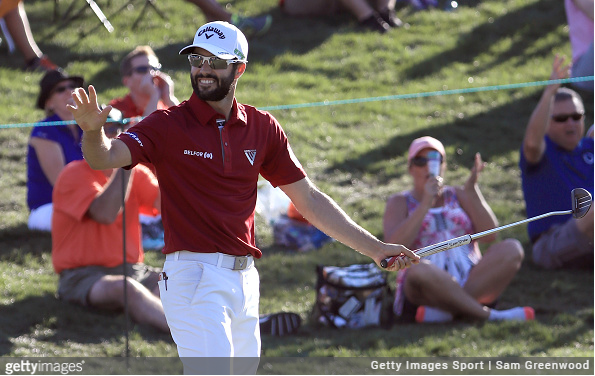 However, coming into Innisbrook, Hadwin seems to be coming back around. In his last five starts, four of which came in full-field cut events, he had three top 10s, including in each of his last two.

At last week’s WGC-Mexico Championship, he finished T9 off the strength of a 67-66 weekend. His putting wasn’t as phenomenal in Mexico as it has been in his other recent starts, but Hadwin led the field in strokes gained: approach-the-green and was fourth in greens in regulation.

His Valspar victory one year ago was the height of Hadwin’s best, taking a four-stroke lead into the weekend and fending off an extremely talented Patrick Cantlay on Sunday. With his game rounding back into form over the past two months, his chances of contending again this year should not be discounted..

Phil Mickelson and Justin Thomas might be missing from the Valspar Championship field, but easily the best unexpected addition is the inclusion of Tiger Woods. 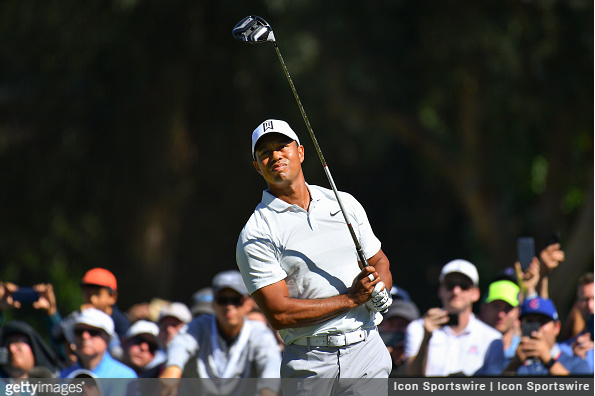 Despite never having played this event before, Tiger is making Innisbrook the fourth stop on his 2018 comeback tour, part of a five-week span where the sports icon will tee it up four times. Regardless of his results, it is extremely encouraging that Tiger has been healthy enough to add this unprecedented amount of competitive golf to his early-season schedule.

As for those results, they have been mostly positive. In three starts after back surgeries forced him to miss 12 months, Tiger has a T23, a missed cut, and a solo-12th.

That 12th place finish came two weeks ago at the Honda Classic, where he flashed a sharp all-around game, not struggling especially with anything. 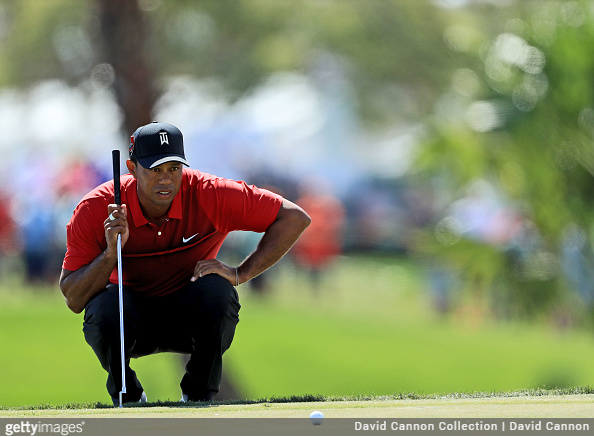 He looked prime for his first top-10 finish since 2015, until a double bogey-bogey Sunday stretch on 15 and 16 dropped him just outside, but going even-par over four rounds at difficult PGA National was very promising.

Despite the lack of experience at Innisbrook, Tiger’s short game has been on since he returned, and he is slowly getting his work off the tees heading in the right direction. He has passed expectations since coming back, and there is no reason to believe he cannot do it again this week.

The highest ranked player in this week’s field is World No. 4 Jordan Spieth, who trails only Dustin Johnson, Justin Thomas, and Jon Rahm in the OWGR. Aside from Tiger, he is also the biggest name in the field, and will likely be more in the spotlight than he has in recent weeks. 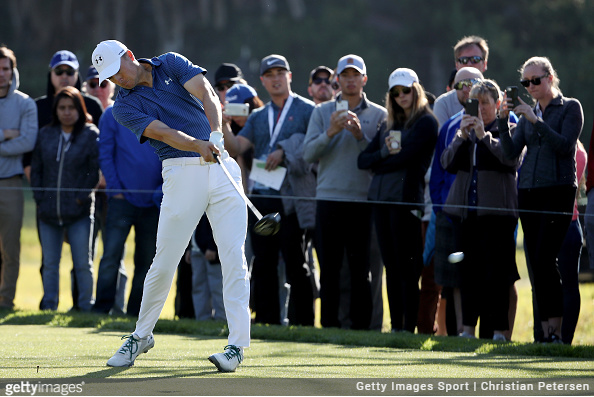 An 11-time Tour winner and 3-time major champion at just 24 years of age, Spieth has been a mild disappointment in the early parts of his 2018 season.

While five of his six starts have resulted in a finish inside the top 20, he has nothing better than a T9, which is a step back for a guy who is used to contending week in and week out, especially coming off a season where he won three times.

The culprit of Spieth’s pedestrian early season has been his putter. One of the best putters on Tour over the past five seasons, his confidence on the greens has plummeted in 2018.

The man who ranked No. 2 on Tour in strokes gained: putting just two years ago now sits at No 163 in that same stat this season. It was especially abysmal early on, but has gotten better by the start. 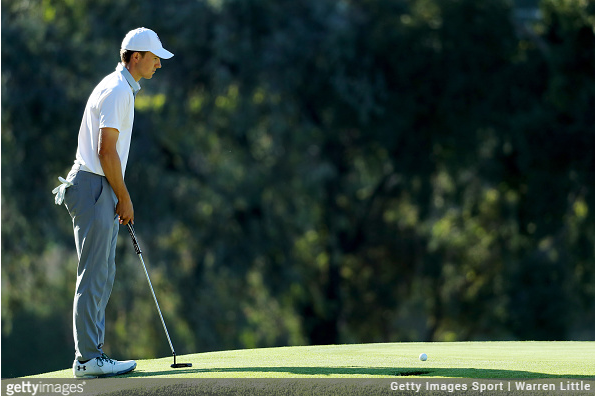 In last week’s WGC-Mexico Championship, in which Spieth finished T14 in the 65-man field, his putting was again an issue on Thursday and Friday, but was much better on the weekend as he gained a stroke-and-a-half to the field in round 3, and was just barely a negative in round 4 (-0.096).

Spieth still looks like himself everywhere else on the course. He is hitting greens, chipping well, and driving reasonably well, he just needs to get his putting mojo the rest of the way back.

Innisbrook might be a good place for that as Spieth has a positive history at the Valspar Championship. He won the tournament in 2015 in a playoff, and was T7 in 2013. He did not play this event last year, but was T18 in 2016 despite a first-round 76.

Nearly every big name on the European Tour has made their way stateside for at least one PGA event in 2018, with easily the most notable holdout being Sweden’s Henrik Stenson. 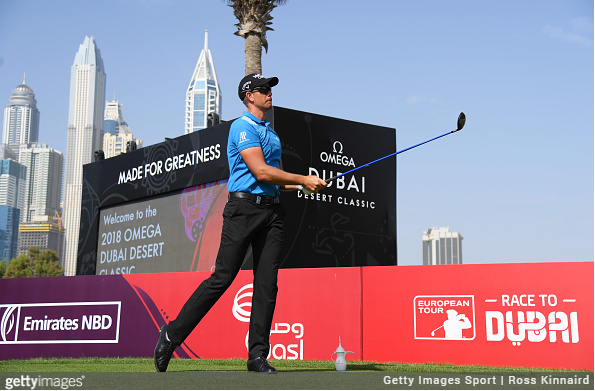 That changes this week when Stenson tees it up at Innisbrook, where he has finished in the top 11 in each of the past three years, including a T7 last year where he opened with a 64, which tied for the low round of the week.

Stenson’s 2017 season was not terrible, but it fell well short of the standard he set in the year prior, when he won the Open Championship, finished atop the European Tour’s yearlong Race to Dubai, and captured a silver medal at The Olympics.

After his top 10 at Copperhead last March, Stenson went into a surprising slump, missing five of his next six PGA cuts, extending to a missed weekend at the U.S. Open in mid-June.

He played much better after that, making the cut in his final six events, five of which he finished inside the top 17. He even got back into the winner’s circle when he took first place in the Wyndham Championship in August. 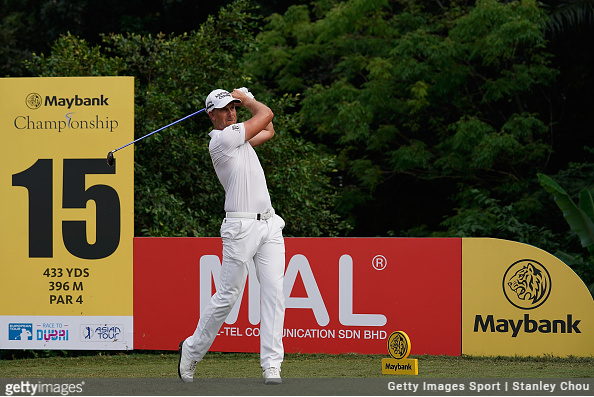 In his new season, Stenson has played twice, finishing runner up at the WGC-HSBC Champions last October in Shanghai, and then placing 17th in an 18-man field at the unofficial Hero World Challenge in December.

Stenson’s best showing at the Valspar Championship came in 2015, when he finished solo-fourth, just one stroke short of a three man playoff between Jordan Spieth, Sean O’Hair, and Patrick Reed. A similar showing would be a great sign for his upcoming PGA Tour season.

One month ago, on the day before he was set to tee up at Riviera Country Club for the Genesis Open, Bill Haas was involved in a tragic and traumatizing event. 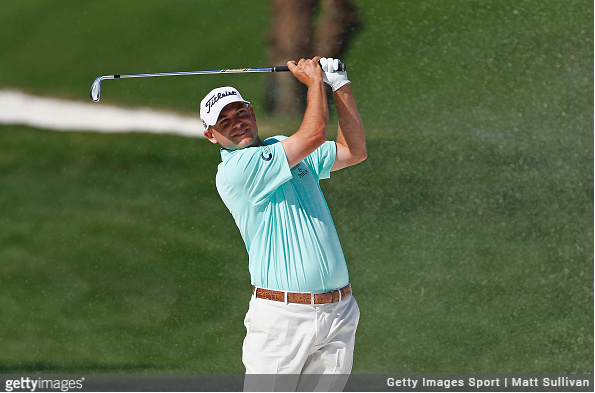 He was the passenger in a Ferrari being driven by his friend Mark Gibello, when the car lost control, hit a BMW (which clipped a car driven by actor Luke Wilson), and slammed into a pole. Gibello was killed in the accident, while Haas sustained minor injuries. Haas withdrew from the tournament, and has not played since. That changes this week when the 35-year-old six-time Tour winner brings a heavy heart to Innisbrook.

It is unknown what kind of mental state Haas will be in this week, but he has had success in this tournament before, most notably two years ago when he finished runner-up, losing in a playoff to Charl Schwartzel. He did not fare as well last year, going even-par for the week, and finishing in a tie for 41st place.

Haas finished T5 at last June’s U.S. Open, but has not contended anywhere since. He has especially struggled in the new season, with a T17 at last October’s Safeway Open is his only finish of better than T26 in seven starts.

In that span, he also has three missed cuts and two other finishes outside the top 50. In his last outing, the Waste Management Phoenix Open, Haas got off to a sizzling start with a first round 64, and was just three strokes off the lead heading into Sunday, but a final-round 74, the worst round of anyone who finished in the top 50, meant a T26.

Tiger is not the only big name playing the Valspar for the first time. Rory McIlroy will also be teeing up this week, making him the 4th highest-ranked player in the field (No. 12). 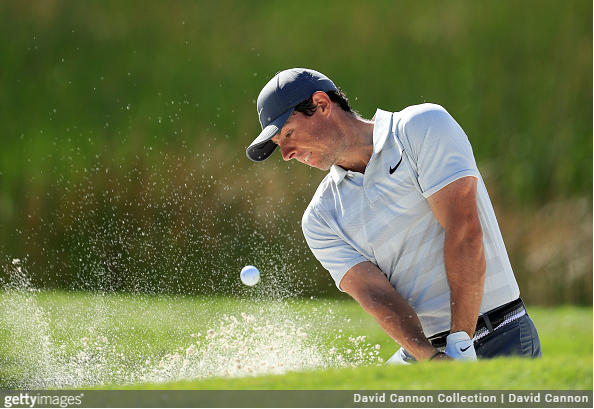 The 28-year-old four-time major winner is coming off a lost season, largely imputed to a nagging rib injury he had suffered in January of 2017. He failed to win a tournament anywhere for the first time since 2008, a season where he was just 19 years old.

McIlroy claims to be healthy now, and a string of excellent finishes in Europe (three top 3 finishes in four events) brought tremendous optimism regarding the state of his game.

The 2016 FedExCup Champion, however, has not been able to translate that promising stretch in Europe into high finishes in the U.S. In three PGA Tour appearances in 2018, Rory has finished CUT, T20, T59 respectively. In that T59, which occurred at the Honda Classic two weeks ago, McIlroy played all four rounds over par, reaching +9 at tournament’s end.

He was productive off the tees at PGA National (8th in strokes gained: off the tee despite ranking 71st in driving accuracy), and putted well, but could not avoid the big numbers, carding two double-bogeys, a triple, and a quadruple over the course of the week.

7. STRICKER OFF A VICTORY

No Phil Mickelson and no Michelle Wie in the Valspar field this week, but Innisbrook is still hosting a tournament winner from the past weekend. 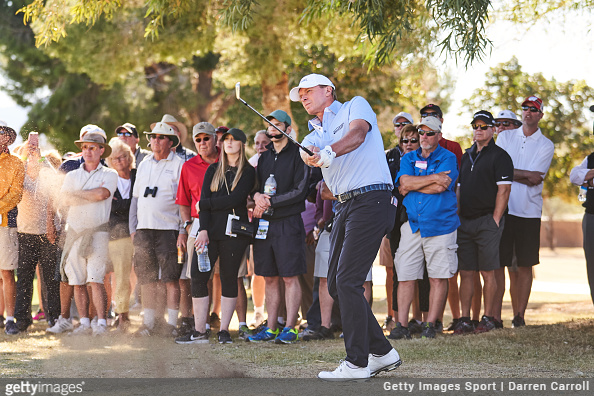 A bogey-free 4-under 66 in the final round of the Cologuard Classic gave Steve Stricker his first win as a member of the Champions Tour.

The competition is undeniably better this week at the Valspar, but he still should not be counted out at the Copperhead Course. A 12-time PGA Tour winner, Stricker has played well in this tournament in the past. He missed the cut last year, but in his previous three starts at Innisbrook he has finished T7 (2016), T8 (2010), and T4 (2009).

In his last PGA Tour start, last month’s AT&T Pebble Beach Pro-Am, Stricker was in position to pull off a stunning upset, as he was 11-under through three rounds, which had him in a tie for fifth, and just three strokes off the lead.

However, back-to-back Sunday double-bogeys on holes 5 and 6, deflated his momentum, and lead to a final round 76, which dropped him into a tie for 26th. Still, he showed that he is not done competing on the big tour yet.