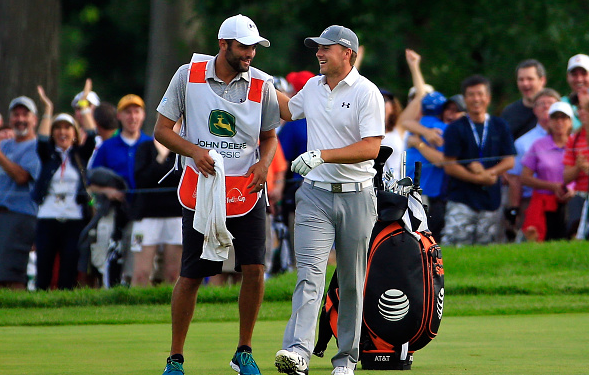 Traditionally played a week before the British Open, the John Deere Classic had to be moved later in the schedule due golf’s reintroduction into the Rio Summer Olympics. Even though the tournament is not a huge favorite with some of the bigger names on the PGA Tour, the event still seems to generate quite a bit of buzz each year.

Before we begin our coverage for the John Deere Classic this week, here are 8 tournament records you should know.

Back in 2010, Paul Goydos became the fourth man to shoot a 59 on the PGA Tour. Having started on the back nine he made 8-birdies with his only par coming on the 15th hole. He then shot 4-under on the front nine which included a 7-footer for birdie on the 9th hole (his last). He eventually finished runner up to Steve Stricker.

D.A. Weibring and Steve Stricker hold the record for the most wins at the John Deere Classic. Weibring won in 1979, ’91 and ’95. Stricker won the event three times in a row, 2009, ’10 and ’11. Other multiple winners are Deane Beman, Scott Hoch, David Frost and Jordan Spieth.

4. Best Come from Behind Win

In his rookie year, Roger Maltbie came from seven shots back of Dave Eichelberger to win the 1975 John Deere Classic. Maltbie shot a final round 64(-7) to win by one stroke over Eichelberger who shot 72(+1), for the best come-from-behind win at the event.

Payne Stewart won his first PGA Tour event at the 1982 John Deere Classic. Having started the final round two strokes behind the leaders, Stewart shot a 63(-7) to win by two strokes over Brad Bryant and Pat McGowen, for the lowest final round score by a winner. Stewart once called this win here his most cherished because it was the only win witnessed by his late father.

There have been three wire to wire winners at the John Deere Classic.