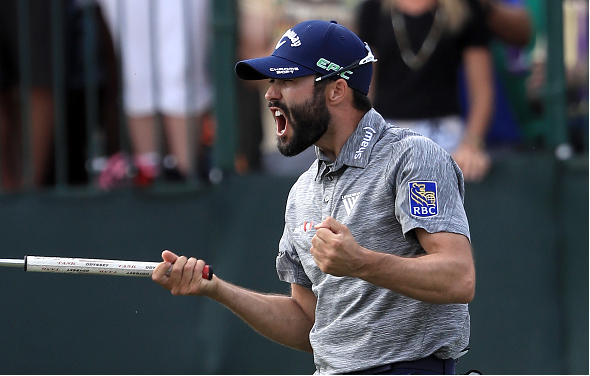 Adam Hadwin shot an even-par 71 in the final round of the Valspar Championship, but it was good enough to hold on and win his first PGA Tour title.

After the tap-in two-footer dropped, the 29-year-old Canadian reacted like most of us would after winning their first big league title.

What a reaction! Adam Hadwin wins the @valsparchamp for his first TOUR victory ?

According to NBC’s Dan Hicks, Hadwin will be married next weekend, and is scheduled to go on his honeymoon the following week. That plan will surely change as Hadwin has now qualified for the big WGC-Dell Match Play over in Austin in two weeks. And the Masters is a two weeks after that – so who knows.

Inside Justin Thomas’ Trophy Room, Including Cool Memento of Grandfather