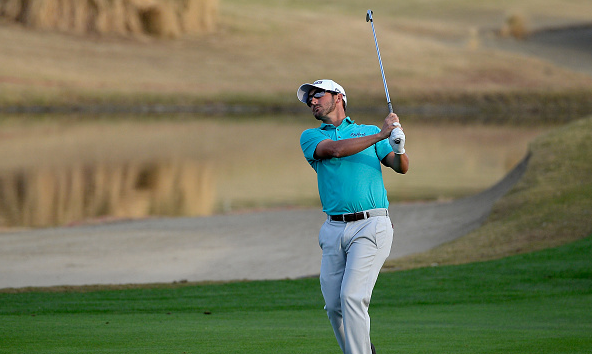 Andrew Landry followed his first-round 63 at La Quinta Country Club with a bogey-free 65 at the Nicklaus course to hold a one-stroke lead over Jon Rahm. 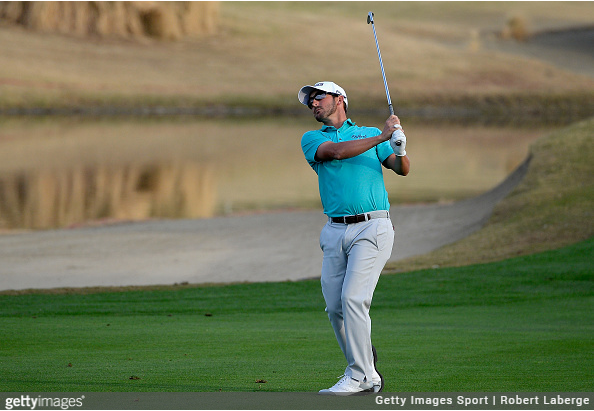 Landry, best known as the surprise first-round leader at the 2016 U.S. Open, finished his second day at PGA West with nine birdies, highlighted by five in a six-hole stretch (Nos. 11-16) to get to 16 under.

“Got off to a little bit of a slow start, I’m kicking myself in the butt right now for not birdieing those par-5s. But we’re in a good spot right now and I played two good rounds of golf, bogey-free both times, and it’s just nice to be able to hit a lot of good quality shots and get rewarded when you’re making good putts,” said Landry, who has two top 10s in six starts this season.

Rahm, who opened with a 62 at La Quinta, finished with a 5-under 67 at the Nicklaus course to reach 15 under, good for solo-second.

“It wasn’t as pure as yesterday. They were good shots, but just off. Same with the putts. It was very close, very close. And I think everything clicked on number, I think it was my 15th hole, No. 6. I hit a great drive and I started hitting really pure shots,” said Rahm.

One further back, at 14 under, was Jason Kokrak, who rode a four-birdie front-nine to a 5-under 67 at the Nicklaus course.

“I’m hitting a lot of fairways, hitting a lot of greens, giving myself opportunities, making a couple, for the most part taking a pretty good advantage of the par-5s, which is key. But all in all just solid. I don’t want to call it boring golf, but kind of boring golf,” said Johnson, who has three top 15s in four starts this season. 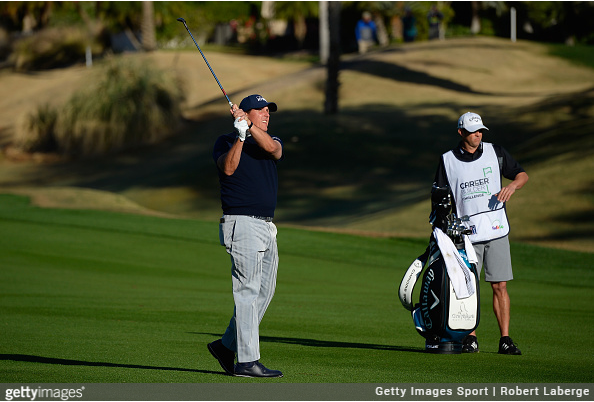 Phil Mickelson finished with four birdies over his final six holes at the Nicklaus course to sit T67 at 6-under.

“The scores obviously aren’t what I want, but it’s pretty close and I feel good about my game, I feel like this is a great place to start the year and build a foundation for my game,” said Mickelson, who hit 10 of 14 fairways with three bogeys.

“It’s going to be a tough day tomorrow, I think the wind’s supposed to be up like 10 to 20 or something so, I know that golf course can get a little mean. Especially those last three or four holes coming down the stretch. So we’ll get off to a good start tomorrow and hopefully catch the wind down and play some good golf.”
– Andrew Landry