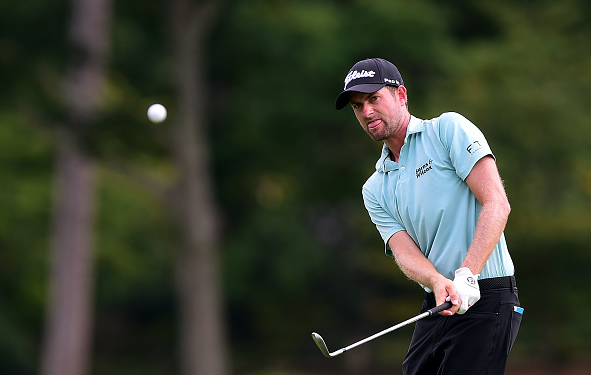 Ryan Armour fired a bogey-free 9-under 61 on Friday and co-leads the Wyndham Championship alongside Webb Simpson at 13-under following two rounds at Sedgefield Country Club.

Simpson posted a round-two score of 64. 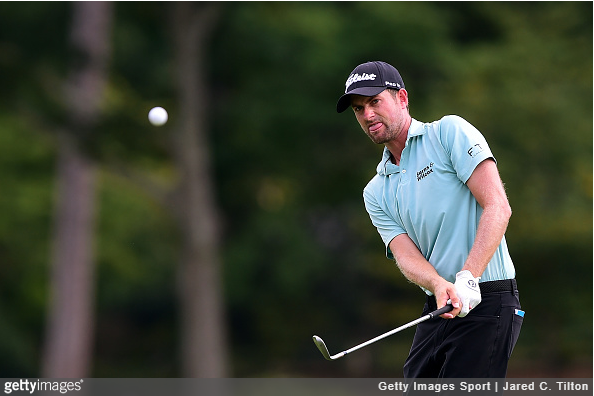 Three-time Greensboro winner Davis Love III is just three back at 10-under following rounds of 64 and 66.

First-round leader Matt Every posted a 72 to fall six-strokes off the lead.

With Greensboro being the last stop before the playoffs, Armour, at 187, would need a win or a 2nd to move on to The Northern Trust next week in New York.

“It could turn your life around. I had some goals at the beginning of the week. I knew where I stood, and, you know, right now the goals are attainable,” Armour said. “Thursday and Friday are over for me but, you know, there’s a long road Saturday and Sunday.” 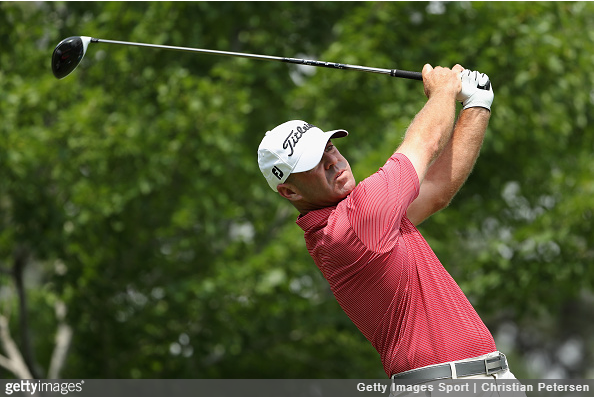 The 41-year-old is winless in a 14 year career that would be best defined as that of a journeyman, with 10 of those seasons scraping along on the Web.com Tour. The 61 was a career best for Armour, and two strokes better than his previous best 63 at the 2008 U.S. Bank Championship in Milwaukee.

“Yeah, someone just told me 63 was my career low,” commented Armour. “Just felt — everything was in rhythm. That was the most important key.”

The 2011 Wyndham champ, Simpson, a North Carolina native, and one of three Wake Forest alums to win in Greensboro (Lanny Wadkins/1983, Scott Hoch/2001), is looking for his first win since 2014, and knows that birdies will be the key.

“Keep making birdies, stay aggressive and know that there’s plenty of good golfers behind me,” Simpson said. “I got to keep the hammer down.”

The 64 marks Simpson’s 20th round in the Wyndham Championship at 67 or better. It’s the most of any player since 2008, and probably one of the reasons he named his third child Wyndham (born in 2014).

Stenson, the world’s highest ranked player in the field, at  No. 9, is seeking a win to bolster his playoff chances, as he’s only at No. 75 in the FedExCup race – following a limited 2017 schedule of just 11 Tour starts, which has included five MCs.

“The game plan is there,” he said. “I got the setup in the bag to give me those numbers off the tee that we need, and it’s just about going out there and playing, continue making birdies and giving myself birdie chances. It’s a low-scoring golf course … keep it going.” 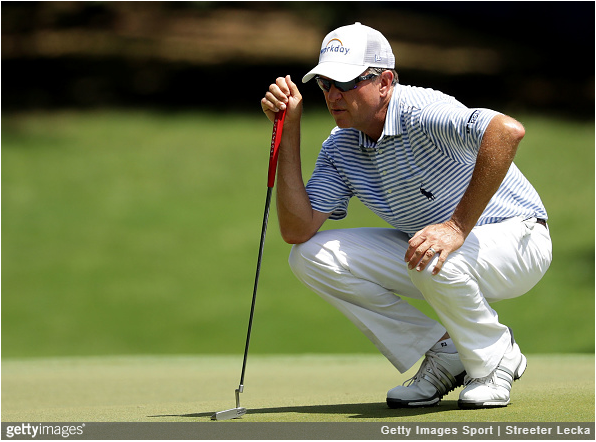 The 53-year old Love won here in 2015 but was unable to defend last season due to hip surgery.

“I’ve been working hard. This is 6 out of 7 weeks I’ve played. I’m working hard on my game, trying — and my health,” said Love. “Seems like the distance is coming back more and more and basically a year since my really big surgery. I’m kind of still in the comeback stage but I’m feeling good about my game and excited about it.”

“PXG and True Temper put some new shafts in on Tuesday to kick up my ball flight a little bit. Just allowed me to not go after shots as hard as I have been.

Now the ball is getting up in the air a little better and it allows me to keep the rhythm that I want. I don’t want to go after shots hard and hit everything full. I want to hit — be a shotmaker out there and hit little 6-iron and little 4-iron and not always have to hit the full shot.”