That loud wailing sound you may have heard earlier today reportedly came from the offices of USA Today/Golfweek who held crying sessions for their team of far-left smear merchants.

According to sources, Eamon Lynch and Christine Brennan were seen breathing in and out of paper bags in a room located near USA Today’s gender-neutral bathrooms.

Why were these two leftwing character assassins suffering meltdowns? Because their cancel campaign against the so-called “rebels” failed once again.

According to the R&A – the organization which manages the British Open Championship, golfers who qualified for the 150th edition at St Andrews will be allowed to tee it up.

A statement from R&A chief executive Martin Slumbers read: “The Open is golf’s original championship and since it was first played in 1860, openness has been fundamental to its ethos and unique appeal.

“Players who are exempt or have earned a place through qualifying for the 150th Open in accordance with the entry terms and conditions will be able to compete in the championship at St Andrews.

“We are focused on staging a world class championship in July and celebrating this truly historic occasion for golf. We will invest the proceeds of The Open, as we always do, for the benefit of golf which reflects our purpose to ensure that the sport is thriving 50 years from now.” 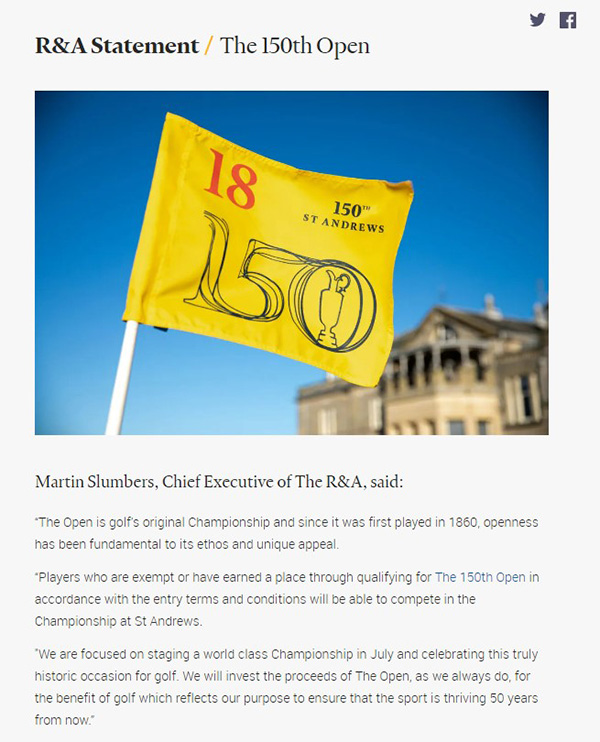