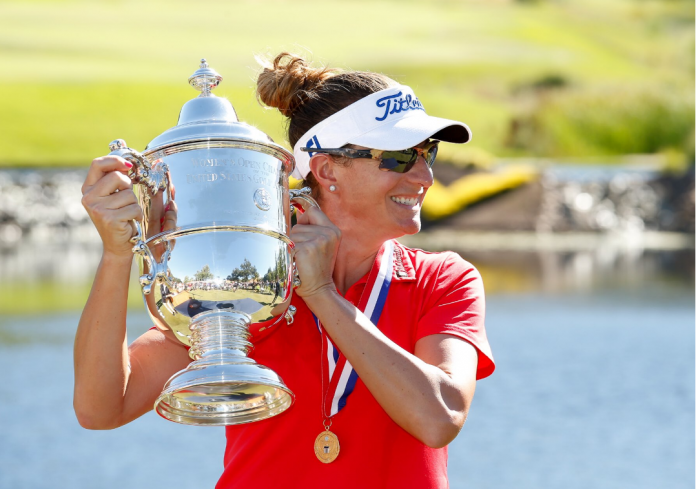 Brittany Lang beat Anna Nordqvist in a three-hole aggregate playoff to capture the U.S. Women’s Open at CordeValle. Lang and Nordqvist both finished at 6-under par for the tournament.

At 30 years-old Lang becomes the oldest player to win the Open since Annika Sorenstam in 2005, who was 35 at the time.

A champion and her ? pic.twitter.com/uZblHWUIkI

Similar to what happened at the men’s U.S Open at Oakmont, but not nearly as controversial, there was a penalty which added to the drama.

After both players parred the first playoff hole, FOX video showed Nordqvist grounding her club in the bunker on the 17th.

The USGA did not rule on it until mid way through the final par 5 18th hole, after Nordqvist’s approach shot, but before Lang’s – which clearly gave Lang an unfair advantage.

The ruling turned what was an even playoff into easy win for Lang.

The Putt of the Day

With a par on the third playoff hole, Brittany Lang is the champion of the 71st #USWomensOpen! https://t.co/m5yf2kBlTj