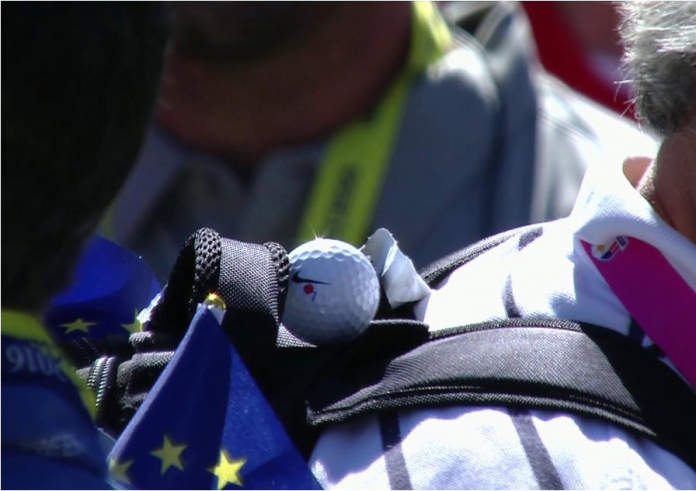 Playing the 5th hole in the afternoon matches, Brooks Koepka’s Nike golf ball strayed a little bit off course, and ended up lodged in a fan’s backpack.

You won't believe where this @BKoepka drive ends up.

What are the odds that the fan (out of tens of thousands in attendance) would be the dad of your opponent?

Yep. The fan was none other than the father of Thomas Pieters – who is playing alongside Rory McIlroy in a match against Koepka and DJ.

You can’t make it up. Only at the Ryder Cup!

BTW: Leave it to a NBC News reporter to call him an official.