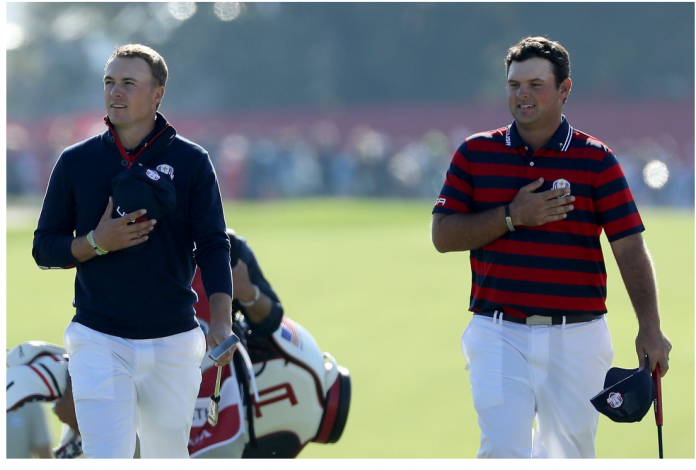 The Ryder Cup itself is nationalistic in nature, so it’s no surprise that America’s national anthem has played a major role at the 2016 Ryder Cup matches.

It was also Arnold Palmer’s final wish for the Ryder Cup.

“We don’t play ‘The Star-Spangled Banner’ enough during the matches, and that is one of the things I think we need to do.”

With the recent politicization of America’s anthem, specifically by those in the NFL, many fans are getting fed up and boycotting. So it was no surprise to see golf and Ryder Cup fans gloat on Twitter.

While the NFL continues to take a knee this is going on at the @rydercup #goosebumps https://t.co/Dy3Ukuzryl

Any jackasses kneeling while the crowd spontaneously breaks out in the National Anthem at the #RyderCup?

I didn't think so.

Everyone at the #RyderCup is standing for the national anthem. ??#GoUSA

You don't see anyone not standing at the Ryder Cup during the National Anthem #RyderCup2016 #America ??

Cool. Sporting event where everyone standing for National Anthem. #RyderCup

Real Americans and athletes today at the Ryder Cup. The gallery sang our national anthem and the athletes placed hands over hearts