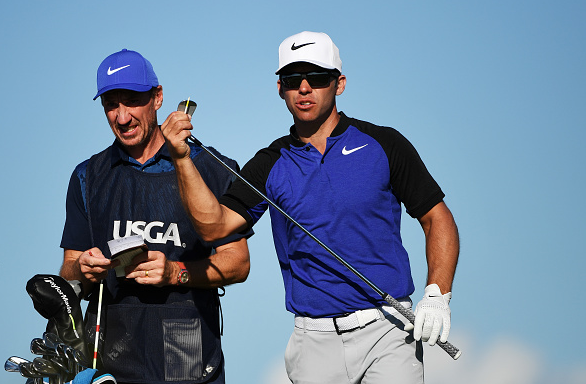 There has been a lot of talk this week about the incredible international field at the U.S. Open, but one player who qualifies for that conversation has been under-the-radar lately.

Englishman Paul Casey emerged from the shadows in round one at Erin Hills, shooting a 6-under 66, his best-ever round in a major. Through 18 holes, he sits in a tie for second place, one stroke behind leader Rickie Fowler.

Fast Start: Paul Casey started his round one eagle-birdie. He added five more birdies, allowing him to shoot a six-under 66.
Strong Season: In 2017, Casey has missed just one cut in 15 starts, and has just one finish outside the top 25 in his last eight starts. He was solo-sixth at The Masters.
Under-Radar: Casey had seven top 10s in 2016, and finished the season especially strong, going 2, 2, 4 in the final three events of the FedEx Cup playoffs.
Dry Stretch: Casey has 17 professional wins, but just one on the PGA Tour, the 2009 Shell Houston Open.
One Top-10: • The 39-year-old Casey has played the U.S. Open 12 times, with a high finish of T10 in 2007.

Casey finished with an opening 66 after a birdie putt. #USOpen https://t.co/hwx2QtZ4vg

A first-hole eagle is a heck of a start for @Paul_Casey on No. 1 at the #USOpen. https://t.co/sygzJpyPo4