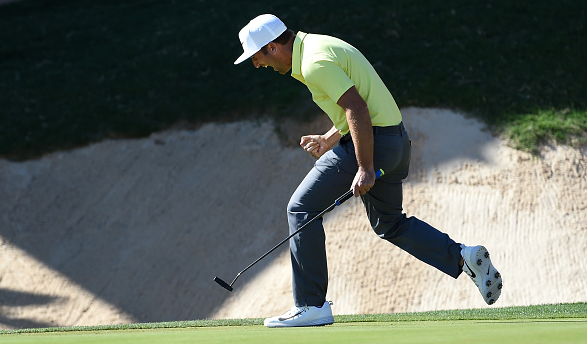 When Kevin Chappell finished runner-up in San Antonio in 2011 as a 24-year-old Tour rookie, he probably never envisioned he’d be back here six years later still looking for that first win.

That’s life on the PGA Tour, though. As Ian Poulter recently said, after losing his Tour card, “Golf’s a funny game.”

But here he was, years later, now a 30-year-old father two, and all that stood between him and his first PGA Tour win, was an 8-foot birdie putt.

This time Chappell would not miss.

As the putt slid along the left edge of the cup, Chappell nervously clutched his putter, and pulled it between his legs. As the ball disappeared, taking with it years of just-misses, the flood gates of emotions poured out.

For the tournament, Chappell posted a 12-under, one stroke better than Brooks Koepka, who had the day’s best round – a 7-under 65.