The new PGA Tour season is already in its third week, but aside from Phil Mickelson and Justin Thomas, many of the big names have yet to tee it up.

For three of Australia’s biggest stars, that will change this week, as Jason Day, Adam Scott, and Marc Leishman are slated to play in the inaugural South Korea event. 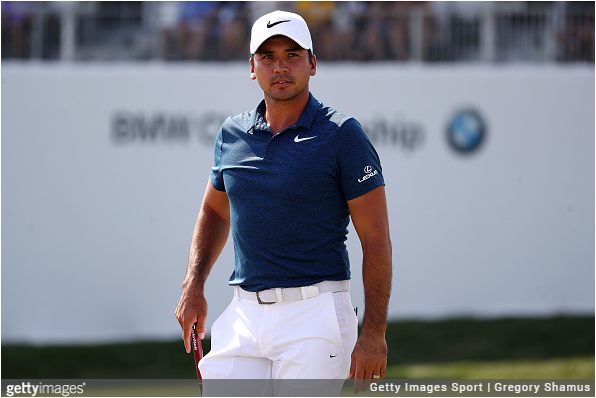 When Jason Day made his first appearance last season (which he did at the Tournament of Champions in January), he was the No. 1 ranked golfer in the world, and was coming off a two-year stretch with an incredible eight victories and $17.5 million in earnings.

One season later, things are much different.

The 29-year-old Day was one of, if not the, biggest disappointments of this past season as injury and personal conflicts were culprits in a zero-win season, with just five top 10s and $2.9 million in earnings.

“I think I was a little bit burnt out from 2015 and 2016. I did not know how to handle being number one at that time,” said Day on Tuesday at a pre-tournament press conference. “The next time I get there, I will handle it a little bit differently. On top of it, battling that I still worked very hard to try to get through that burnt out stage. My mom having lung cancer was very difficult.”

He did seem to find his stride late in the year, as three of those top 10s came in his last five 2017 starts, and he made the Tour Championship despite entering the FedExCup Playoffs at No. 47 in the standings.

Day, currently ranked 9th in the World, is hoping to build off that late momentum and make the 2016-17 season an anomaly.

“Now, I’m able to focus back on golf and hopefully the distractions that I’ve had on the golf course and off the golf course can go away and I can start focusing on getting back on climbing to back to number one,” continued Day, who is a 10-time winner on the PGA Tour. 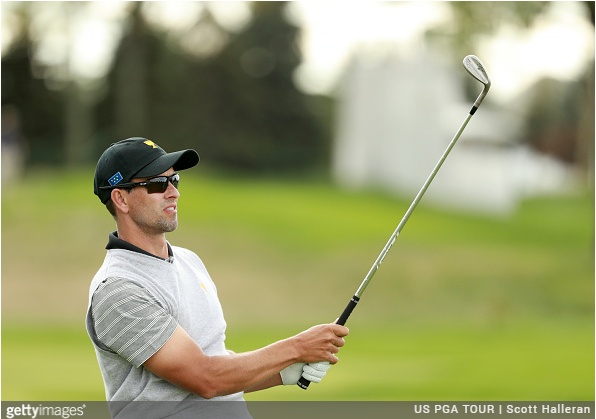 Speaking of disappointing Aussies who have been No. 1 in World at one point, Adam Scott barely registered in this most recent season.

Entering just 16 events, Scott had just four top-10s, zero top-5s and was never really in the leader mix at a single tournament – a big surprise given the high standards the 13 time PGA Champion has set.

That being said, the 37-year-old traditionally plays well early in the season, and still has the iron game to thrive at a second-shot course like Nine Bridges.

After a recent practice round, Scott seems to agree.

“I think the course is very generous for us in many ways this week. A little wide with the fairways and some softer greens because of some rain previously,” said Scott, a 13-time Tour winner. “It looks like with no wind there is going to be some good scoring this week, which I think is going to be fun for everyone involved, for the players certainly.” 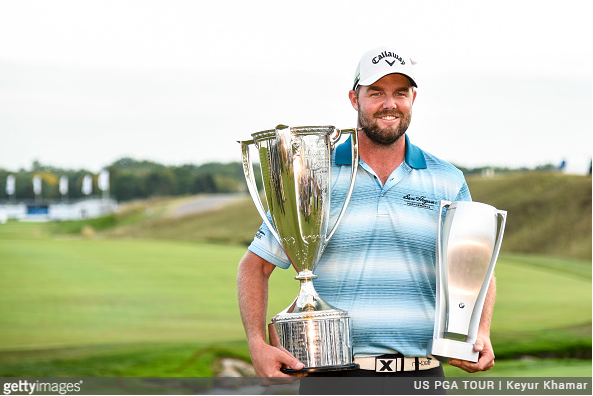 With Jason Day and Adam Scott failing to reach expectations, Marc Leishman picked up the slack for The Land Down Under in 2017, putting together the best season of his nine year career.

Leishman won twice on the season. First at the Arnold Palmer Invitational in March – one of the strongest fields among non-majors, and then again when he dominated the BMW Championship, the third leg of the FedExCup Playoffs just last month.

With a 62-64 start, Leishman looked nearly unstoppable in his latter victory, and put himself into a position where he controlled his own FedExCup destiny at the Tour Championship.

“Yes, it was definitely a great year, my biggest year yet. It was good to get the two wins, but I didn’t really contend in any Majors, which was probably a little bit disappointing,” said Leishman, who is ranked 16th in the world.

While the 33-year old was unable to recreate that BMW magic at East Lake (T24), and then went winless at The Presidents Cup (0-3-2), overall, Leishman asserted himself as one of the better players on Tour this past season.

“Every year, I have improved. Obviously when you win a tournament like the BMW, to win a bigger event than that is tough. That’s probably going to be a WGC or a Major,” continued Leishman.