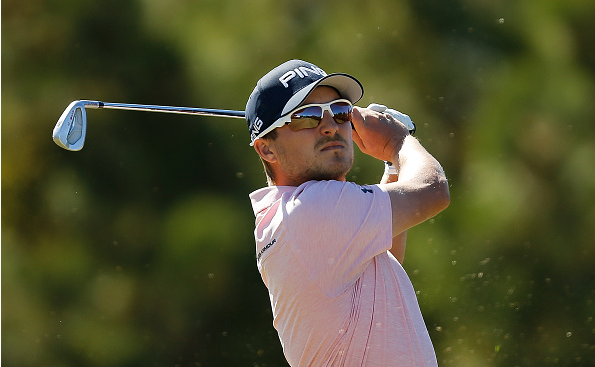 Austin Cook rode a second-day 8-under 62 to the top of the leaderboard after two rounds of the RSM Classic.

The 26-year old Arkansas native played the Seaside Course on Friday, and just like he’d done at the Plantation Course in the opening round, Cook cruised all 18 bogey free. 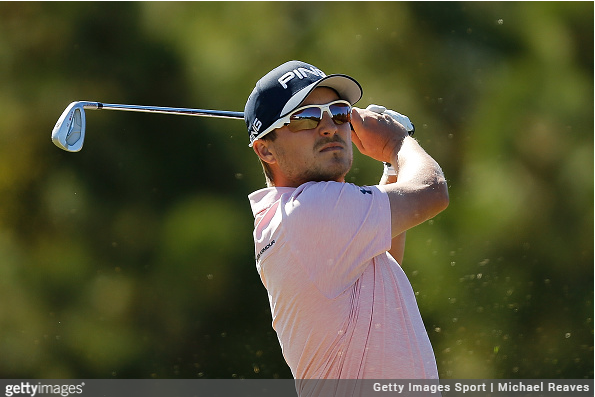 “We’ve just been able to it hit the ball really well. A couple of the putts, speed on greens has been really good and getting up and down has been great,” said Cook, who hit 17 of 18 greens on Friday. “I’ve been able to hit it pretty close to the hole to make some pretty stress-free putts.”

“I’ve hit the ball, kept it in front of me. There’s a lot of trouble out here, especially with the wind blowing, so I haven’t had to make too many saves the first couple days and I putted well,” said Gay, who hit 12 of 14 fairways.

After Cook and Gay, there’s a four shot separation, where 20 players are within two shots of one another, from 9 to 7 under.

The group at 9-under 133 consists of first-round leader Chris Kirk, who followed up an opening-round 9 under with a second-round even-par. The former Georgia Bulldog is tied with C.T. Pan (67) and Vaughn Taylor (66).

Brandt Snedeker posted a 5-under 67 and headlines a group of six players deadlocked at 8 under. Snedeker, who is making a return to the Tour after an injury-riddled 2017, will go into the weekend at Sea Island six shots back.

“I think being so fresh, excited to be out there and thinking clearly,” said Snedeker. “My short game, which has always been a strength of mine, I didn’t know how sharp it was going to be, it’s been really good so far.

“So I’m excited about that, excited about the weekend being here in a place I feel comfortable, and hopefully I can kind of build on where I am, get up there close to the leaders and have a real shot on Sunday.”

A trio of tournament favorites lead a logjam of 11 players tied for 12th at 7 under, including last week’s winner, Patton Kizzire (69), along with Presidents Cupper Kevin Kisner (68) and 2012 U.S. Open winner Webb Simpson (68).

“I’ve been putting well all year. I feel like I’m continuing to get better and it’s probably been the most consistent part of my game this year. Yeah, golf’s always more enjoyable when the putts are going in,” said Simpson.

Second round highlights of the RSM Classic at Sea Island, Georgia.

“One of the club pros in my hometown actually worked underneath Kip when Kip was a head pro at a golf course and he said, hey, I think Kip’s open. I said, Who’s that? He said, A buddy. I said, Okay, whatever, give him a call. Kip came out to the Web Finals and we missed our first cut in Columbus, but then after that, three top 10s, I think, so it’s been going well.”
–Austin Cook, on caddie Kip Henley.