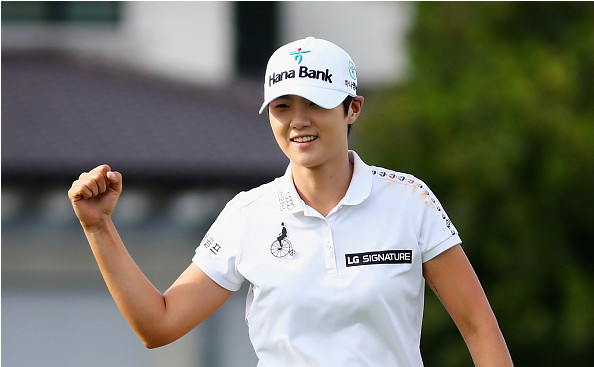 Sung Hyun Park fired a 7-under 65 on Friday and will take a three-stroke lead into the weekend at the season-ending CME Group Tour Championship. 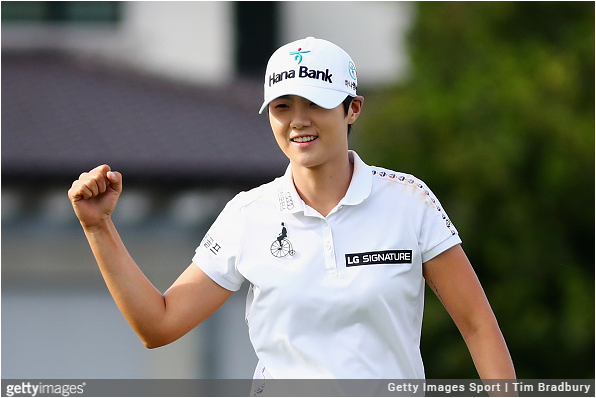 An untimely three-putt bogey on the final hole cost Park the 36-hole scoring record. But with a three-shot lead at the halfway point, as well as the pole position in the $1 million Race to CME Globe, Park is feeling good.

Nelly Korda posted a bogey-free 6-under 66 to move to 8 under, alongside Pernilla Lindberg (67) and Madelene Sagstrom (68).

“I was striking it really well and making putts here and there,” said Korda. “Started off birdie, birdie; I made a long putt on the 1st hole, and then I chipped in on the 2nd hole. That kind of started my round. Just stayed really consistent today.”

Lexi Thompson, who entered the tournament leading Park in the CME Globe points race, played her way into contention with a 67 that got her to 6-under par, and just six off the lead.

The 23-year old American will head into the weekend projected as No. 2 in the CME Globe, and No. 4 in the Rolex Player of the Year race. Despite all the opportunities and scenarios, Thompson says she is only focused on what she can control.

“I’m not really focusing on it at all. I just really wanted to play solid golf. Whatever happens, happens. I know I practiced so much in my off weeks and off-season,” said Thompson. “I’m trying my best, so whatever happens, I’ll be proud of myself no matter what.”

The two other contenders for the Rolex POY and CME Globe bonus, Shanshan Feng (73) and So Yeon Ryu (71), are tied for 39th, and 11 strokes back.

Brooke Henderson, No. 5 in the CME Globe race, posted a 70 to reach 4 under. The 20-year old Canadian is eight shots back and will need to go low on Saturday.

“I don’t think it’s quite that far of a lead. You know, two, three shots of a lead can change at any moment. I think we still have to see what’s in store for this weekend.”
–Sung Hyun Park

Nelly Korda Continues to Lead Race to the CME Globe