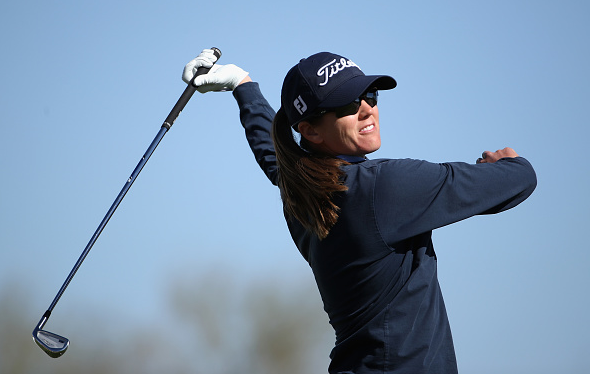 Cydney Clanton posted second-round 5-under 67 and heads into the weekend in Phoenix with a one-shot lead at the Bank of Hope Founders Cup. 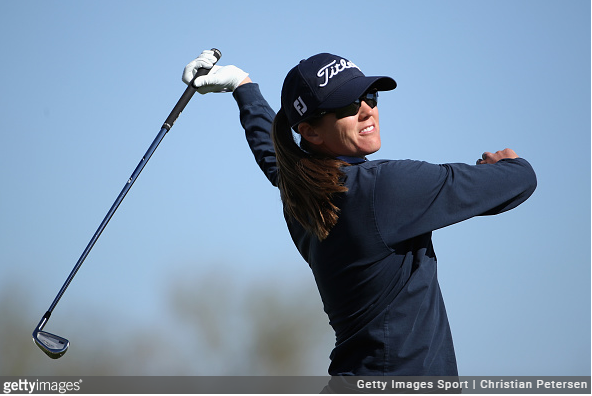 Clanton, who had never before held the 36-hole lead, got off to a slow start on Friday and turned at even-par 36. But a closing nine of 5-under 31, highlighted by a hole-out eagle on the par-4 13th, moved the American to the top of the leaderboard at 9-under par.

“I played really good and made some clutch putts coming in. The hole out was pretty special, any time you don’t have to putt is nice,” said Clanton, who played her college golf at Auburn University.

“I haven’t been in this position in a long time. I won back in 2013 (on the Symetra Tour) and wasn’t even in the lead at all that tournament. Just came back and won. It has been awhile since I’ve been in the lead, so tomorrow (Saturday) just going to take it one shot at a time, one hole at a time.”

Another American, Marina Alex, shot a bogey-free 66 and is tied for second with Thai Ariya Jutanugarn (68), France’s Karine Icher (69), and Colombian Mariajo Uribe (68) at 8-under par.

“It’s finally just coming together, which has been great. The past year or so has been just a little bit of progress. Hopefully just keep progressing this year,” said Alex, who entered Phoenix off three-straight finishes T31 or better.

In all, 10 of the top 14 positions on the board are held by Americans.

Marina Alex with long bomb for birdie on the par-4 13th hole.