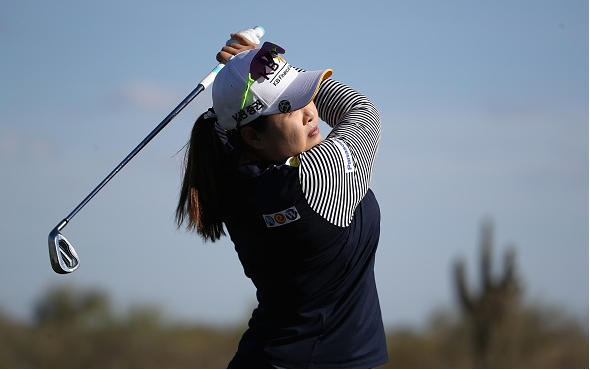 Inbee Park shot a third-day 9-under 63 and will take a one-shot lead into the final round of the Bank of Hope Founders Cup. 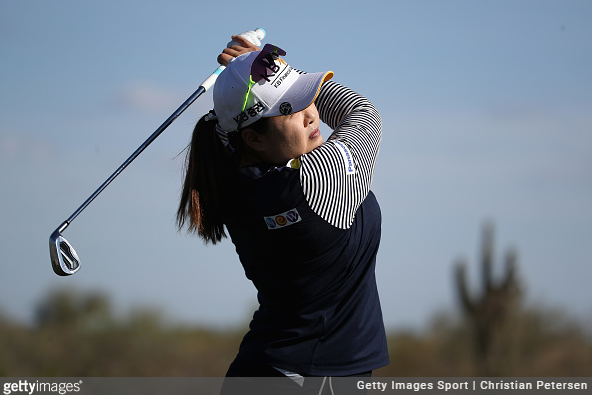 Park, the 18-time LPGA winner, started her round with two sets of back-to-back birdies sandwiching a hole-out eagle (birdie-birdie-eagle-birdie-birdie) to reach 6-under par after just five holes. A fifth birdie on No. 9 saw the Korean legend turn at 29, while a seventh on No. 11 kept the 59 watch alive.

Six-straight pars (Nos. 12-17) ended any talk of a record day, but Park put an exclamation point on a season-best 9-under par 63 with a final-hole birdie.

“I got off to a great start, I was pretty much making everything I was looking at,” said Park. “I cooled off on the back and it was pretty much boring golf, but it was nice to finish with a birdie.”

At 14-under par 202, she is one clear of Mariajo Uribe, who shot a 5-under par 67, which included five birdies in a seven-hole stretch, highlighted by a hat trick on Nos. 5-7.

“I’ve handled the pressure well before. I’ve maybe changed my strategy on the last couple holes to try to win,” said Uribe, when asked about nerves playing in the final group.

“That’s something I’m not thinking about tomorrow. Just stop looking at the leaderboard and play my game and we’ll see if it’s enough.”

Thai Ariya Jutanugarn posted her third-straight 68 and sits alone in third at 12-under par 204, one ahead of Korean Chella Choi and England’s Laura Davies, who matched Park’s bogey-free 63 to move from T39 to T4 at 11-under par. 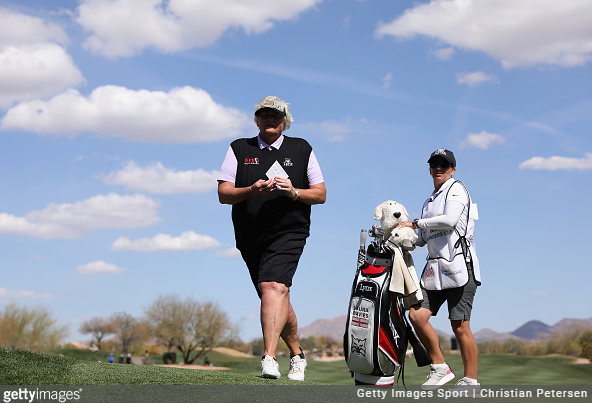 “I hit a lot of fairways and that gives you a chance to get relatively close to the hole,” said Davies, who, at age 54, would be the oldest LPGA winner in history.

“I haven’t been holing the putts, but today I did. The no bogeys part for me is the biggest key because that is what has been letting me down.”

Americans Marina Alex (70), Brittany Linciome (68), and Tiffany Joh (64) sit T6 at 10-under par, one ahead of compatriots Megan Khang (65) and Caroline Inglis (68), who are tied for ninth alongside England’s Jodi Ewart Shadoff and Korean Hee Young Park at 9-under par.

“I just love it because the galleries, they’re getting older with me and they are still coming out and watching. It’s always a good atmosphere in Phoenix. You really enjoy the event and the course is always immaculate.”
– Laura Davies