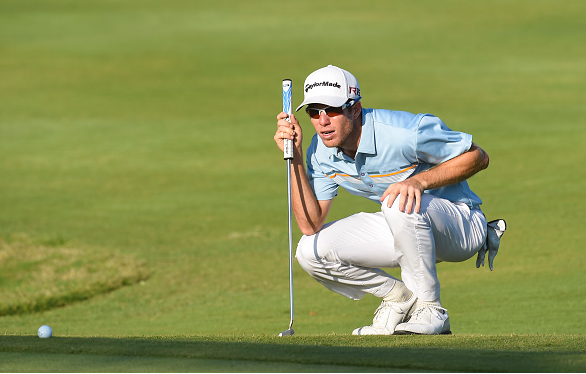 In today’s PGW Daily Rundown, sectional qualifying added many familiar and unfamiliar names to next week’s U.S. Open; Rory is confident that he will play at Erin Hills; a PGA Tour LatinoAmerica golfer is justifiably furious at American Airlines; and an incredible community effort at The Greenbrier has players thoroughly impressed.

Healthy Rory A “Go” For The U.S. Open

Talk around the first two majors of the PGA Tour season has been dominated by those missing in action (Tiger and DJ at The Masters, Tiger and (most likely) Phil at the U.S. Open), so fans should be excited to hear that one of the biggest names, who was a question mark for Erin Hills, will, for now, tee it up.

Four-time major champion, and current world No. 2, Rory McIlroy announced via Twitter that his health has trended positively, and he believes he will be healthy enough to compete at the U.S. Open.

McIlroy had missed time in two separate 2017 stretches due to a rib injury suffered in January.

“I am ready for Erin Hills and looking forward to playing there for the first time. The last few weeks have obviously been frustrating – I never like to miss events either on the PGA Tour or European Tour – but it was important I got back to a level of fitness where I felt I could give myself the best possible chance at the U.S. Open.”
–Rory McIlroy, in an interview with The Guardian

Among the big names who had not already qualified for next week’s U.S. Open, none were bigger than Steve Stricker.

The 50-year-old, who now divides his limited time between the PGA and the Champions Tour, has not hid his desire to play Erin Hills, which is being held in his home state of Wisconsin. He recently attempted to receive a special exemption, a request which was denied by the USGA.

“It was a good day. It means a lot. It’s been at the forefront of my thinking for a while now. It’s kind of a relief know I got in on my own terms. I went through qualifying. I’d rather have it that way. I’m glad I did it this way.”
–Steve Stricker

The most popular sectional qualifier for the U.S. Open occurred in Columbus, OH, the site of last week’s Memorial Tournament.

It had 14 spots available for 120 players, and had, by far, the largest number of recognizable names in the field. The top spot went to J.T. Poston, who shot a pair of 66’s.

Just 24 years old, Poston will be playing in his first major tournament when he tees up at Erin Hills.

“So pumped to earn a spot in my first Major Championship today. See y’all at the U.S. Open next week!!! #postman #playedbetter”
–J.T. Poston via Twitter

American Airlines has not had much in the way of good publicity lately.

Their reputation took a further hit on Monday when Michael Buttacavoli was forced to withdraw from the Tequesta, Florida U.S. Open Sectional Qualifier after the airline lost his clubs.

Thank u @AmericanAir. 1 golf bag w/ priority tags on plane & the only bag u can't find. Unfortunately have to WD from @usopengolf sectionals

Already filed a missing bag report. It's too late. I already withdrew. You just needed to do your job in the first place.

Priority tags r meaningless. Told u 100 times. Stop apologizing. Don't need sympathy or u to be PC. Just do better. U have yet to show that

Still waiting on that DM. Have another flight booked to POP tmrw for my next event. Hoping not to swallow my expenses for 2 events in 1 week

“Priority tags r meaningless. Told u 100 times. Stop apologizing. Don’t need sympathy or you to be PC. Just do better. U have yet to show that.”
–Michael Buttacavoli via Twitter

Greenbrier On Track To Host Tournament One Year Post-Cancellation

In June of 2016, Southeastern West Virginia was absolutely demolished by devastating floods that resulted in 23 deaths and widespread homelessness.

The floods also ravaged the Old White Course at The Greenbrier, the site of the annual Greenbrier Classic, forcing its cancellation.

The damage was so severe and widespread that many questioned whether The Greenbrier, a world-renowned resort, would be able to get the course in playing condition for this year’s event. However, with one month to go before the tournament, course restoration has gone well, and is expected to be ready to go.