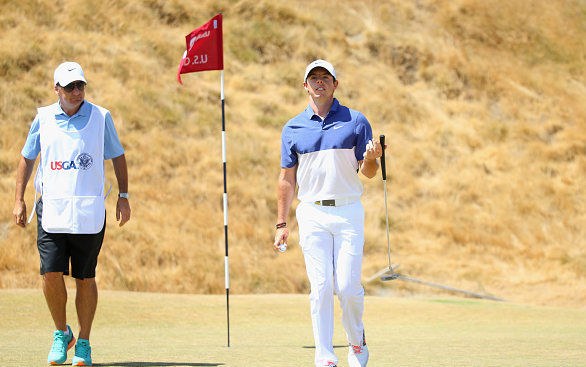 Talk around the first two majors of the PGA Tour season has been dominated by those missing in action (Tiger and DJ at The Masters, Tiger and (most likely) Phil at the U.S. Open), so fans should be excited to hear that one of the biggest names, who was a question mark for Erin Hills, will (for now) tee it up.

Four-time major champion, and current world No. 2, Rory McIlroy announced via Twitter that his health has trended positively, and he believes he will be healthy enough to compete at the U.S. Open.

McIlroy had missed time in two separate 2017 stretches due to a rib injury suffered in January.

Good progress made over the past 2 weeks in @Quinta_do_Lago Portugal. Excited for the US Open. pic.twitter.com/2Zqi0dvRlo

“I am ready for Erin Hills and looking forward to playing there for the first time. The last few weeks have obviously been frustrating – I never like to miss events either on the PGA Tour or European Tour – but it was important I got back to a level of fitness where I felt I could give myself the best possible chance at the U.S. Open.”
–Rory McIlroy, as quoted in The Guardian