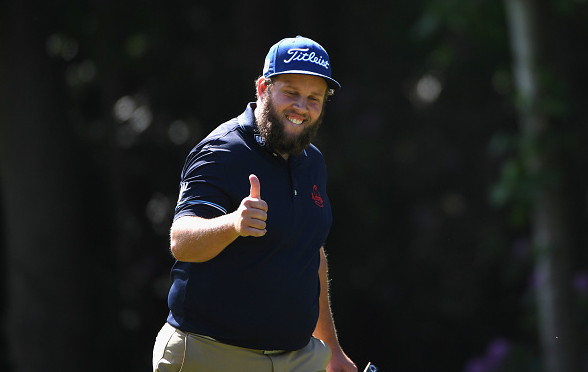 On a day dominated by Tiger Woods’ reminder of why it is important to know the effects of a medication before driving, other news items snuck onto the periphery of the sports page.  In PGW’s daily rundown, like Tiger, Zach Johnson also makes a regretful decision, the U.S. Open gets Beefier, and the NCAA finals could have major implications for golf’s future.

When discussing hotheads on Tour, one name that is extremely unlikely to come up is the famously composed Zach Johnson. A two-time major champion (2007 Masters, 2015 Open Championship), Johnson has made a great living off his patience and equanimity.

Unfortunately, for Johnson, what appears to have been a weak moment may threaten that reputation. Johnson had a rough week at the Dean & DeLuca Invitational, a tournament he has won twice, posting 67-75-75-70 (+7) which left him in a share of 63rd place.

During that third-round 75, the 41-year-old Iowan was put on the clock for slow play. Already frustrated, Johnson dumped all his clubs on the ground. A picture of the incident’s aftermath has gone viral.

Zach Johnson with a major meltdown after being put on the clock. Dumped all his clubs out of the bag! pic.twitter.com/KDJleSu8vC

“Not my proudest moment yesterday. Putter was stuck, yanked it out, many clubs came out, frustrated for sure. Tap in double. Ugh”
–Zach Johnson on the incident, via Twitter

“Beef” Among 15 Names Added to U.S. Open Field After Sectional Qualifier in England

A 36-hole Sectional Qualifier was held on Monday in Surrey, England, to determine a whopping 15 spots for next month’s U.S. Open. The qualifiers got themselves one step closer to realizing a major dream, but the real winner of the qualifier may have been the fans.

That is because Andrew “Beef” Johnston, a media dream and one of the most popular players in the world, was among those who punched their tickets to Erin Hills.

“It’s a dream come true to play in any major, and with it being the U.S. Open, it makes it extra special.”
–Aaron Rai, U.S. Open Participant

Among Jimmy Johnson’s who do not race NASCAR, the most successful one in sports might be professional caddy Johnson, who was on the bag for eight years of Steve Stricker’s professional career.

Johnson had recently moved on from Stricker, a 50-year-old who does not play often on the PGA Tour anymore, but the pair re-united at the Dean & DeLuca Invitational last weekend. With Johnson’s help, Stricker shot a final round seven-under 63, the low round of the tournament.

“We had a great run there for a while. Brought back a lot of good memories. I won with him on the bag here. It’s just an easy relationship and friendship, player/caddie relationship out on the golf course.”
–Steve Stricker

One of America’s best collegiate golfers has decided that this will be the year he turns pro. Sam Burns, a sophomore at LSU, made the announcement via twitter.

He is expected to officially make the move in September, after he competes in the Walker Cup, which is essentially the Ryder Cup of amateur golf.

“I don’t know if I can answer (how much LSU has meant). It’s two years I’ll never forget. I learned more in those two years than playing golf for 20. Being around those teammates, coaches – they were like family, and I’ll miss them.”
–Sam Burns

If Braden Thornberry becomes big-time in professional golf, most will remember that they first heard of him when he blitzed the field down the stretch to win the NCAA Championship.

Thornberry, a sophomore at Ole Miss, shot a final round one-under 71 in absolutely brutal conditions to reach -11 for the week and take the title by four strokes.

“In the practice round I hit the same shot and it was a little into the wind, so I knew driver was going to be perfect,” Thornberry said. “I just stepped up there and happened to hit a big one.”
–Thornberry, on his tee shot on the par-4 6th hole, which he went on to eagle.