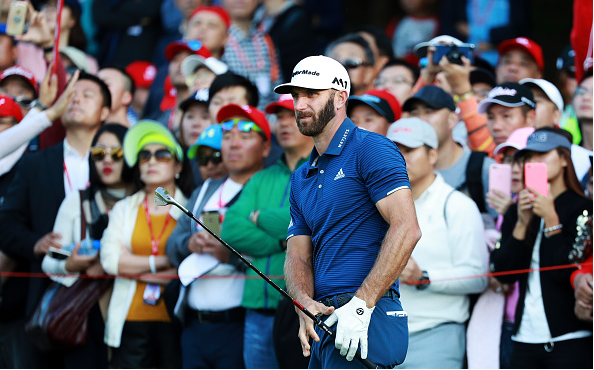 Dustin Johnson posted a 4-under 68 on Saturday at Sheshan International Golf Club and will take a six shot lead into the final round at the WGC-HSBC Champions. 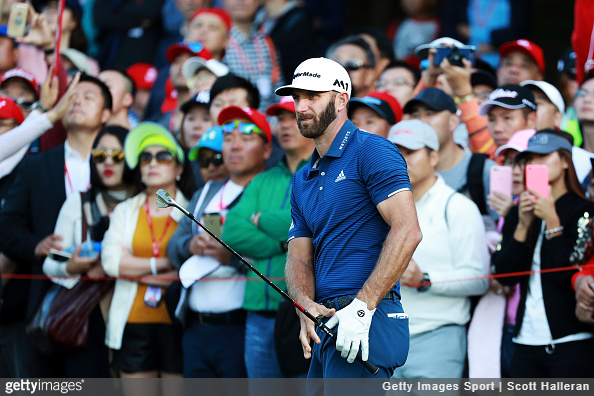 The World No. 1 bogeyed his opening hole but bounced back with birdies on Nos. 2, 4, 7 and 8 to make the turn in 33. Johnson made up for a double bogey on No. 10 with three more birdies down the stretch to secure his career largest 54-hole lead.

“Felt like I played really, really well. You know, had a double-bogey on 10 but I actually hit a really good drive right down the right side of the fairway and landed on the cart path and went straight right into the bushes,” said Johnson. “But other than that, it was a really solid day. I hit a lot of good drives and a lot of good iron shots. Especially with the windy conditions.”

Alone in second is Brooks Koepka, who started the third round with three birdies to briefly seize the lead from Johnson before his day unraveled with a triple-bogey on the par-5 8th hole. Three more bogeys against two birdies on his homeward stretch saw him sign for a disappointing 73 and a 11-under total.

“The start was really good. The first seven holes I thought was pretty solid and the rest of it, very up-and-down,” said Koepka.

Henrik Stenson shot a 69, which included four birdies on his back nine, to finish solo-3rd at 10 under – seven shots behind leader Johnson, but just one back of Koepka.

“I hit some really good ones, and when I didn’t, I kept it in play and saved myself. It was nice to make that par putt up the last there and not finish with a bogey,” said Stenson. “Yeah, we’re in pretty good shape, even though it seems we’re playing for second place.”

Brian Harman posted a 2-under 70 to reach 9-under for the tournament and T4, along with Justin Rose, who finished level-par 72, playing in the final group with Johnson and Koepka.

“Wasn’t good enough, is what it was, but it was tricky out there. Wasn’t an easy day. Just kind of felt like a couple breaks; difference between a low round and a poor round sometimes is the odd break here and there,” said a frustrated Rose.

A group of three more players are deadlocked at 7 under, including Matt Kuchar (72), Matthew Fitzpatrick (72), and Tyrell Hatton (71).

“No, I mean, when we’re on the golf course, I’m not worried about what anyone else is doing. I’ve got enough to worry about with just myself. So it kind of tough to worry about what anyone else is doing. But yeah, tomorrow, I’m not going to change my game plan playing no matter what Brooks does, Henrik, whoever is out there playing. I’m going to stick to it and hopefully execute.”