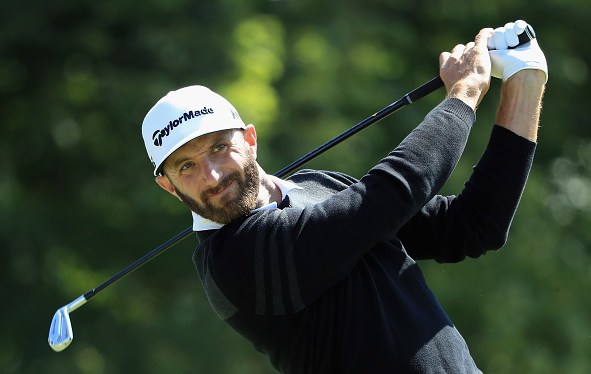 NORTON, MA – Dustin Johnson fired a 5-under 66 on Friday and leads the Dell Technologies Championship after round one at TPC Boston.

Johnson started his round with a birdie (on No. 10), and ended his first nine holes with an eagle (No. 18) to make the turn at 4-under. A bogey to start his home nine was quickly followed by a pair of birdies to get to 5 under. The World No. 1 then “rolled” to even par the rest of the way. 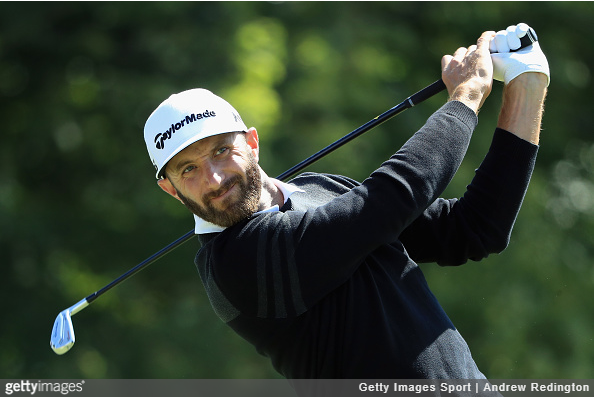 A flurry of four birdies over the final five holes got rookie Jon Rahm to 4-under 67, just one off the lead.

“A really good finish to the day. To be honest, it’s one of those rounds, I haven’t said this in a while, where I’ve shot the lowest score I could possibly shoot today with the way I was hitting it,” said Rahm, who is ranked No. 5 in the world.

Sergio Garcia, Marc Leishman and Kyle Stanley are also at 67. A logjam of six players are at 3-under 68.

Rickie Fowler and Phil Mickelson headline a group of 10 players at 2-under 69.

The 69 for Mickelson marked the first sub-70 opening round in two months for the five-time major winner. Afterwards, the 47-year old cited improved health for his performance.

“This is the best energy I’ve had throughout the round and the best focus,” said Mickelson. “My short game has been very disappointing and I haven’t been able to visualize the shot I’ve been trying to hit. Today, and for probably the last few days, I’ve been able to see the shot again. And so it was a good day.”

Aside from Garcia, the season’s three other major winners struggled on Friday. Justin Thomas shot even-par 71, while Jordan Spieth (72) and Brooks Koepka (74) both finished over par.

Defending champion Rory McIlroy birdied the par-5 final hole for a 1-over 72.

OTHER NOTABLES: ROUND ONE

VIDEO HIGHLIGHTS: ROUND ONE

“I feel like — I finally feel like I’m swinging the club how I was, you know, when I was playing really well at the beginning of the year. I’ve got a lot of control over it. I feel like I can control my golf ball very well, which is what you’ve got to do in these conditions.”