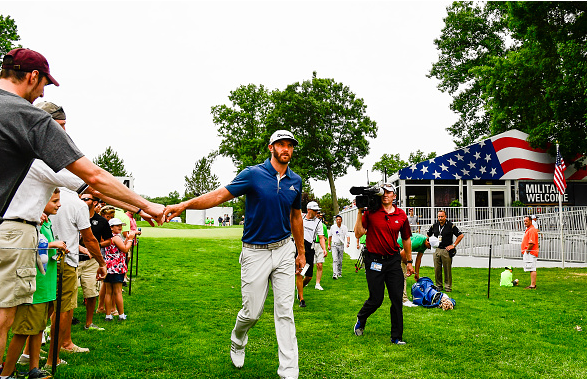 When Dustin Johnson first came onto the scene, there was no denying his athletic ability and natural talent. It was only a matter of time before he would start making a serious impact on the PGA Tour.

Despite some personal challenges and final round struggles in year’s past, Dustin Johnson is playing the best golf of his career in 2016, and his potential is starting to be realized.

His driver is and always will be his best club, as he possesses a perfect combination of freaky distance and accuracy.

Now that he’s improved his game from 150 yards and in, he’s starting to see the results we all thought possible when he first joined the tour.

Dustin Johnson has been overpowering golf courses in 2016. Here’s how he’s performed in his last six starts en route to the number two spot in the world. Johnson hasn’t finished outside the Top 10 since May 19, with five Top 5s, four Top 3s, and two huge wins.

For comparison, here’s how world number one Jason Day has performed in his past six events.

Dustin Johnson has certainly been the best player in the world as of late and is threatening that number one spot if he keeps this pace, but it is worth noting Jason Day’s stretch of seven victories started at last year’s RBC Canadian Open and no player has seen a stretch of play quite like that since Tiger Woods from about 1997 to 2009.