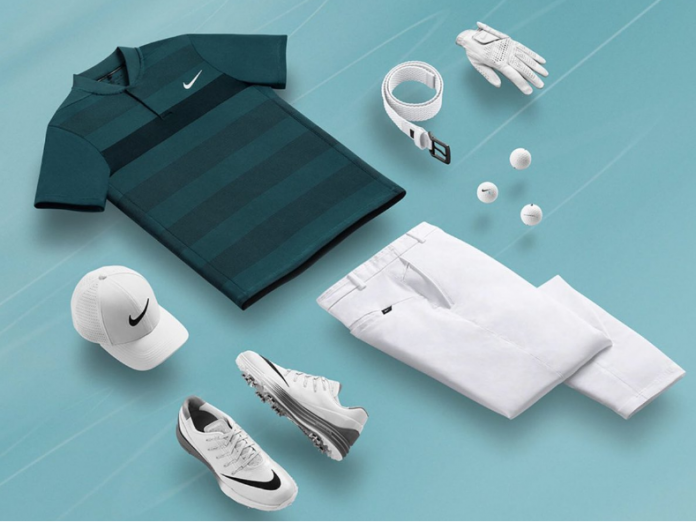 The 2016 PGA Championship kicks off at Baltrusol Golf Club on Thursday. The biggest names in golf will be vying to get their name etched on the Wanamaker Trophy.

And while there’s all kinds of analysis and factoids leading up the golf’s 4th major, we wanted to look at the style scripts of some of the PGA Tour’s biggest stars.

Well, at least Jordan is consistent. On Thursday, Jordan throws in a pair of white pants with his striped blue shirt, and Friday he reverts back to his deeper blue colored shirt harkening back to his past Masters. The white striped shirt and blue striped shirt are classic as always, and his clean, simple hats accentuate his professional demeanor. It will be business as always out on the course.

The first two days of the tournament Rory will have reflective silver accents that will make Thursday’s midnight turquoise and Friday’s teal really pop. The final two days have reflective black accents which provide a nice juxtaposition with the brightness of Saturday’s Copa color and Sunday’s Volt. Largely the same script as the British Open, but different colors. The unique shades of green should be a huge hit for Rory’s wardrobe.

The Easter bunny apparently visited the Adidas designers and vomited all over Dustin and Sergio’s scripts. The same shades of pink are used for both of these players as usual, and they will constantly see themselves coming and going. Not to mention they will be complete twins on Sunday with the only difference being a white sleeve on one of them. The Adidas logo is always a classic and clean look, but we would love to see a little more variation between the two players that allows them to cultivate their own styles.

Puma is on point with their trendsetting golf apparel. Thursday, Rickie is going with a classy navy blue with an eccentric and psychedelic prism pattern on the shoulders. Friday, Rickie is wearing a white and black grid fade polo that leaves you dizzy if you stare at it for too long. Saturday, Rickie is wearing a forest green ice striped polo which looks like a fancy camo golf shirt. Sunday, Rickie has his traditional OSU orange, however, it is unexpectedly accompanied by green stripes.

You can’t go wrong with camo, and Bubba will be sporting an Oakley shirt that has a sleek and dark camo print over the shoulders and on the sleeves. We predict that a lot of guys from the office will be wearing this shirt out on the course within the next few weeks.