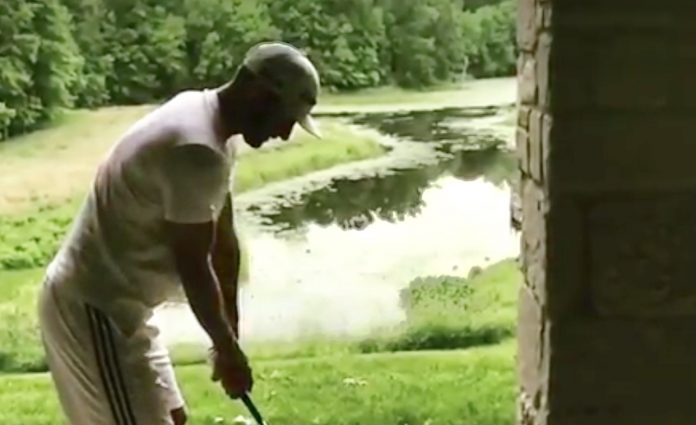 It has been quite a 12 months for Dustin Johnson.

Last June, Johnson tackled one of golf’s most difficult challenges in U.S Open history (Oakmont). DJ rode that momentum to five more wins, including three WGC titles, while cementing himself as the best player in the world.

On the eve of this year’s U.S Open, Johnson looks eager to defend his crown, except one obstacle stands in his way, and that may be more than the competition.

Winners are usually the first to arrive and the last to leave. This serves true for DJ on the eve of round one.

Plan B when the range is closed at @usopengolf for rain pic.twitter.com/K7Ub8zTfrD

While Erin Hills closed their practice range for the evening, Johnson took it upon himself to keep the momentum going. All you need is a few golf balls, a doormat, and a couple clubs.