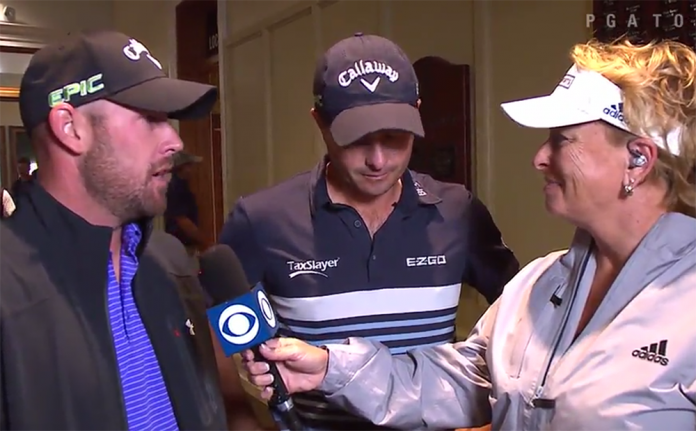 Dottie Pepper, the CBS golf analyst, has temporarily deleted her Twitter account after being trolled following her interview with Scott Brown and Kevin Kisner at the Zurich Classic of New Orleans.

In the interview, Pepper first came off as ill-informed and then arrogant.

Dottie Pepper out here keeping it ?with her incorrect information & Scott Brown with a quick body shot. @TronCarterNLU @NoLayingUp pic.twitter.com/Hqn5oTVprN

“You’ve never really been in this position before,” Pepper said to Brown. “Your partner Kevin has been in position to win golf tournaments and has gotten it done. You have not yet on the PGA Tour. Where’s the anxiety level?”

Brown told Pepper that he’d been in contention during his career, and that he won the 2013 Puerto Rico Open.

Pepper then tried to back track, and qualify her statement but made things much, much worse, saying Puerto Rico isn’t a “regular event.”

After being trolled on Twitter, Pepper told SB Nation that she was “tired of the idiots,” and suspended her account.

Be a pro, accept constructive criticism, get better from it

Refusal to even acknowledge that the question was disrespectful speaks volumes. pic.twitter.com/WC9PNBE7lv