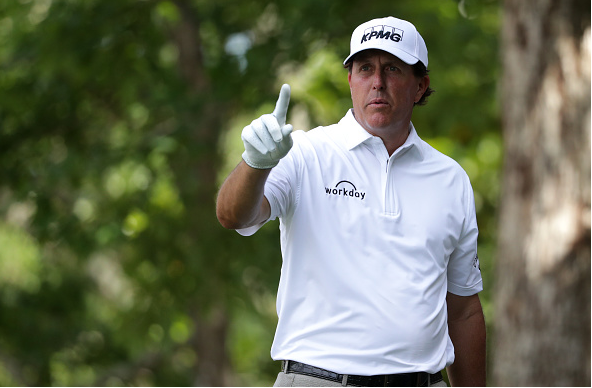 Phil Mickelson had a somewhat up and down opening round at the Wells Fargo Championship. But even on mediocre days, Phil delivers the drama. The 5-time major winner dropped five impressive birdies against four annoying bogeys, highlighted by several magical Phil-only shots.

Including one of his patented flop-shots on the par-5 12th that only Phil would dare attempt. Whoosh. Thud.

Phil would go on to make the putt for birdie and drop to 2-under. But gave it back two holes later with a bogey-5 on the par-4 14th.

After round one, Phil stands at 1-under, and 5 shots back of clubhouse leader Francesco Molinari.