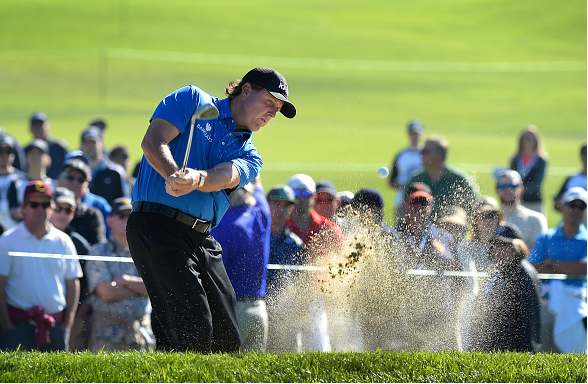 The Farmers Insurance Open at Torrey Pines is one of the best events on the PGA Tour schedule, and usually draws some of the biggest names in professional golf.

Dustin Johnson, Jason Day, Rickie Fowler, Phil Mickelson and Tiger Woods are just some of the marquee names who will be teeing it up this week.

The Farmers Insurance features play on both the par-72 North and South courses at Torrey Pines. The North course plays to just 7,052 yards, while the South makes up for it with a length of 7,698 yards.

To wrap it up here, and get this exciting week moving forward, here is some DraftKings fantasy advice for the Farmers Insurance Open.

Mickelson had a good showing last week, finishing T21 at 11-under. However, Mickelson is coming off of a hernia surgery and who knows what kind of consistency he can bring to Torrey Pines.

Matsuyama is playing solid golf as of late and would be a tough option to pass up. Johnson was in the mix last year at Torrey Pines until he carded a final round 80, however, the field average that day was 77.9 due to the high winds and rain.

Snedeker had one of the best rounds in PGA Tour history last year at Torrey Pines. While the field averaged 77.9, Snedeker fired a 69 to win by one. Walker, who has two top 15 finishes this season, is coming back to the Farmers Insurance Open after finishing T4 last year.

Woodland (T6 at Sony Open), Steele (T6 at Sony Open, T6 at SBS Tournament of Champions) and Swafford have all played great golf as of late, including Swafford picking up his first PGA Tour victory last week at the CareerBuilder Challenge.

Best Bang For Your Bucks

Streelman and Howell are both hard to pass up considering their cheap price. Streelman finished in 3rd while Howell recorded a T16 finish here last year. Harman had a solid showing last week by recording a T3 finish, making him a solid choice for only $6,700.