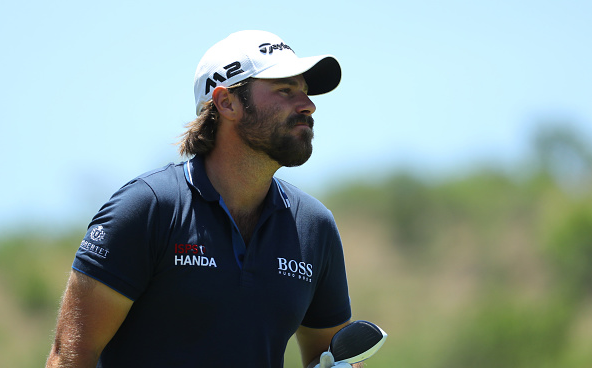 Victor Dubuisson posted a 2-under 70 in the second round of the Nedbank Golf Challenge and will take a two-stroke lead into the weekend at Gary Player Country Club. 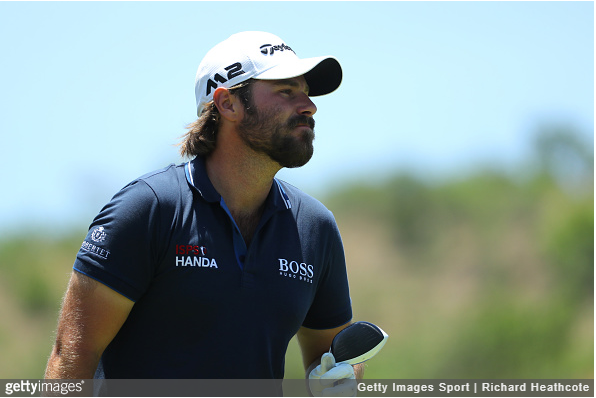 Fighting off another day of heavy winds at Sun City Resort, Dubuisson turned in 34 to assume the pole position, with many of the opening-round contenders struggling.

“The driver of course here is the key if you want to play well and today I didn’t miss many fairways, maybe one or two, and I played very solidly in the wind,” Dubuisson said.

A level-par back nine, where two birdies were offset by a pair of bogeys, including one on 18, had the 27-year old signing off on a two-day total of 7 under.

While the two biggest South African stars struggled on Friday, another countryman picked up the slack. Darren Fichardt, who got into the field as a late alternate, shot an impressive 3-under 69, to move up to T2.

“I still can’t believe I’m playing. My wife always said ‘analysis leads to paralysis’ so I had no time to think about this tournament,” said Fichardt, who resides in Centurion, 90 miles southeast of Sun City. “I’m fortunate that I’m really hitting my driver well so I’m getting myself into position on every hole and then I’m putting pretty well. If I do make a mistake, I manage to up-and-down. So that is quite fortunate and is probably why I am on the score I am right now.”

The 42-year old journeyman is at 4 under, alongside Englishman Lee Westwood, who carded a second-consecutive 2-under 70.

“Other than four three-putts, I played very well. I hit it close a lot. Missed a couple of times from inside five feet as well as the four three-putts. That showed the quality of the long game because I think that’s probably one of the toughest days I’ve ever experienced on this course tee-to-green with the wind.” said Westwood.

A group of four prominent players are at T4, including defending champion Alex Noren (72), who, for the second-straight day, dropped a chip-in eagle on the par-5 10th.

“I haven’t made that many birdies but kept the bogeys out of the card for most of the time and two eagles help out very much,” said Noren.

The Swedish star is tied with a pair of top-ranked Englishmen – Tyrrell Hatton (70) and Ross Fisher (71), at 3-under par, along with Scott Jamieson of Scotland.

Two major champions – South Africa’s Charl Schwartzel (73) and Martin Kaymer (69) of Germany, are T8, and just four shots off the lead at 2-under par.

Rounding out the top 10 is a group of seven players tied at 1-under par, headlined by native son Branden Grace, who struggled to a 3-over 75. Last week’s 54-hole leader in Turkey, Shane Lowry (71), is also in the logjam at T10.

Defending champion Alex Noren chipped in again on the par-5 10th, but his approach on the 18th was even more impressive.

“It’s the goal of the week to play Dubai because it’s been five years in a row that I’ve played the Dubai final. Of course I think about it.”
–Victor Dubuisson