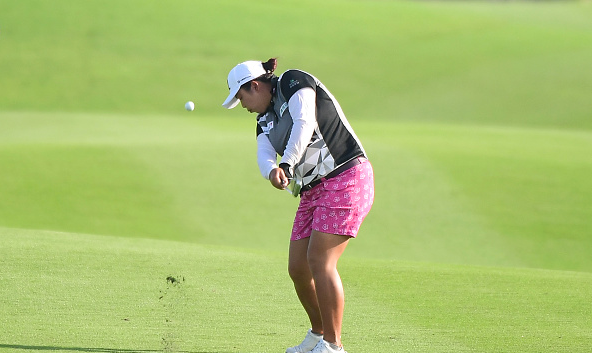 Shanshan Feng posted a third-round 1-over 73 on Friday, but coupled with challenging pin placements and weather conditions, it was just enough for the Chinese native to grab the 54-hole lead at the Blue Bay LPGA. 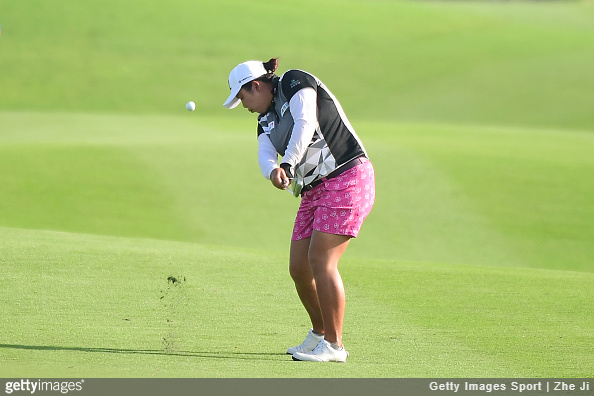 Thai Moriya Jutanugarn fired a low-round 4-under 68, and is alone in second place. The 2013 Rookie of the Year, who is still in search of her first LPGA title, birdied three of her last five holes to reach 6 under.

“It’s been pretty solid so far this week,” said Jutanugarn, who has 10 top-10 finishes in 2017. “It just helps to be patient a lot on this golf course. Some lucky bounce and just… it’s golf. I’m really enjoying this week so far.”

After an outward nine of 1-under 35, Ashleigh Buhai made the turn at 10 under, and was two-shots clear of Feng. But a brutal back-nine 5-over 41, including a double bogey on the par-3 17th, had the South African signing for a third-round 76, and a 5-under total.

Despite the struggle down the stretch, Buhai heads into Saturday’s final round just two shots off the lead.

“Two shots behind is okay. I’m happy with that spot. Tomorrow obviously got to try to go for the win, but it’s difficult to be aggressive, especially in the greens stay firm,” said Buhai. “I think it will be more about staying patient, and if the wind stays the way it is, par will be a pretty good score.”

A pair of Koreans – world No. 1 Sung Hyun Park, and No Yeon Choi, posted matching low-round 68s to move up to T4 and three shots back at 4 under.

The Top 10 and ties after the third round of the Blue Bay LPGA.

A look at the third-round highlights of leader Shanshan Feng.

“I was joking with my team, when I try to win any tournament, I spend some money — during the whole process of the tournament, so I will be motivated, because I feel that I need to earn money (to pay off the charges).

That’s what I did in Japan, prior to Japan in Malaysia, I fell short. Whereas in Japan, I went out shopping and I purchased two bags for myself. During the whole process of the tournament in Japan, I did very well because of the motivation — I spent some money, and so I would like to earn more money, and that translated into better form on course. (laughter). So because of the fact that, what we call it, a double-11, the November 11 day, the shopping spree in China is coming. (laughter). I may consider spending some money tonight in order to motivate.”
–Shanshan Feng, on how shopping motivates her on the course