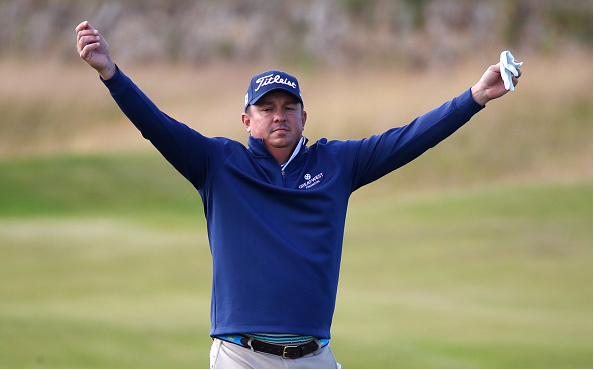 Golf Channel commentator Brandel Chamblee is infamous for having thin skin on Twitter. Instead of engaging in debate, the one-time PGA Tour winner simply blocks anyone who dares disagree with the self-anointed expert.

According to a post on Golf Digest, Chamblee has now added a major champion to the other “20,000(!) people on Twitter” he’s blocked.

Jason Dufner shared a screen grab of what he now sees when he tries to view Chamblee’s Tweets.

So what caused all this animosity? No, it wasn’t an argument over Tiger Woods’ latest comeback. Instead, Dufner came to the defense of his swing coach, Chuck Cook (No. 3 on Golf Digest’s most recent list of the 50 Best Teachers in America), after someone said Chamblee made some comments at a teaching seminar that upset the longtime instructor. Dufner then got into a back-and-forth with another person, but kept also replying to Chamblee, who asked him several times to take him off the thread. Anyway, here’s how Chamblee explained his decision to block Dufner and others:

When I started working with Chuck in 2007 I was ranked 723 in the world, he took me all the way to 6th in the world twice, including 5 wins on tour and a major championship. Sometimes when you don’t know what you are talking about it’s best to shut your f’cking mouth

I block people who are profane straight away and have very little tolerance for rudeness. Hence why I blocked Dufner. The F word should not be leaned on to make a point.

Everybody seems super pumped for my @chambleebrandel block I got today… close to 200 others claiming to be blocked.. do what you can to join the club twitter followers!! You won’t be the first, but you have a chance to be the last

Chamblee claims that he blocked Dufner for being profane but Duf only used the F word once and basically bleeped it.

I did use profane language.. I am not a golf machine advocate, never read the book so that’s not correct.. and I didn’t fight or yell about anything. And he isn’t qualified to debate anything on golf swing theory.. this guy is so full of himself it comical.. pic.twitter.com/IKXPZgi0nG

Dufner followers are also finding old tweets with profane language that Chamblee has either liked or retweeted.

This dude so fake… https://t.co/aB47zxYTqt

It appears you choose when to “block profane language” and when you ‘like’ it according to your recent likes. cc: @JasonDufner pic.twitter.com/dzzWiqPCWY

Dufner claims that Chamblee is disliked across the board by many on the PGA Tour, and that the TV analyst’s agenda is about one thing and one thing only, Chamblee himself.

And my opinion of that is based on the facts of how this guy operates amongst his peers, work associates, and golf fan base. Trust me when I tell you this, I have the full support of many different groups of people on the Pga Tour that can support my claims about his behavior.

The fact is @chambleebrandel continues to throw many of my friends on tour, respected teachers, and other in the golf world under the bus. In no way is he helping promote what we do, only trying to promote his agenda. And someone had to call him out on it. #nofactsonlyeditoral

There 17 other guys playing this week at Hero Challenge.. his timeline is filled with garbage TW swing analysis, bc that will get the most hits. You think he talked to TW or Chris Como, about anything to back his claims up.. how things have changed in this comeback? #nope