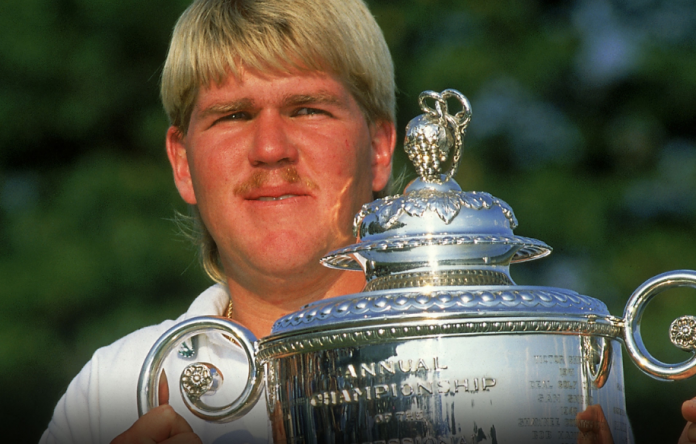 Other than being talented golfers, and major champions, John Daly didn’t have many things in common with the legendary Arnold Palmer. But one thing Daly did share with Palmer was the ability to connect with the common man, albeit in a different way.

The trailer just dropped and it’s about what you’d expect from the hard-charging, hard-living Daly.

Described over b roll film as having the “swing of a young Jack Nicklaus, the swagger of a young Arnold Palmer…” ‘Hit It Hard’ looks to be a must-watch for golf fans this fall.

Here's a 1st look at #HitItHard, the story of @PGA_JohnDaly, airing Nov. 1st at 8 ET on @espn! pic.twitter.com/VFbGKeSsAz

Now 50 years old, and playing on the Champions Tour, Daly appears content with his past, while still enjoying life.