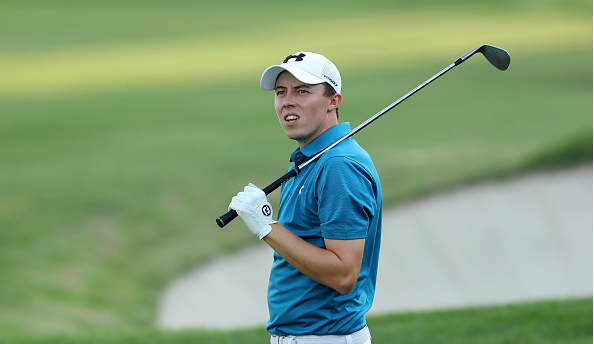 Matthew Fitzpatrick fired a second-consecutive 5-under 67 and will take a one-stroke lead into the weekend at the DP World Tour Championship.

Fitzpatrick made five birdies against a pair of bogeys, but the Englishman offset his black numbers with an eagle on 13 to sign for a two-day total of 10-under 134. 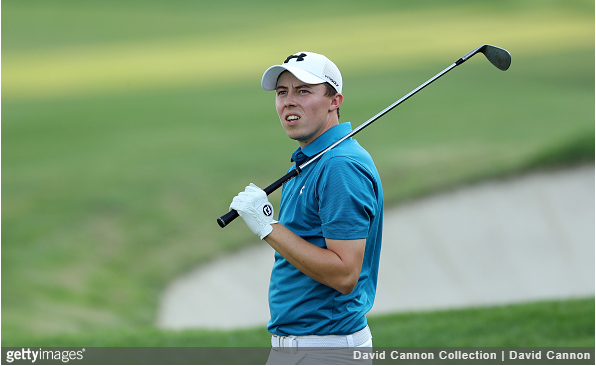 “I’ve got nothing to lose. I’m not trying to win the Race to Dubai, unfortunately,” said Fitzpatrick. “I’m just looking forward to the weekend and delighted that I could put myself in position.”

Fitzpatrick will be joined in Saturday’s final pairing with compatriot Tyrrell Hatton, who posted a 9-under 63 to move 38 spots up the leaderboard.

The 25-year old Englishman was 10 under through 17 holes, highlighted by a hole-out eagle on the par-4 5th, but a bogey on the par-5 18th saw Hatton sign for the day’s low round with mixed emotions.

“If you said at the start of the day I would shoot nine under, I would be over the moon,” said Hatton. “Pretty bitter pill to swallow on 18, that hole seems to hate me.

“Hopefully one day I’ll actually play it well. Overall I’m really happy with today. Obviously my head is a bit all over the place after 18.”

A third Englishman, Justin Rose, posted a second-round 2-under 70 to stay in the hunt at 8 under – and just two off the lead – alongside American Julian Suri (67) and Thailand’s Kiradech Aphibarnrat (68) at T3.

“Halfway stage, I’d probably have signed up for that if somebody said on Wednesday, you would be in this position after two rounds, I’d have taken it. It’s a position you can build on at the weekend,” said Rose.

First-round leader Patrick Reed struggled with his putter on day two in Dubai, finishing even-par 72 – matching four birdies against four bogeys. The American is just three off the lead, though, at 7 under and tied for sixth with Ireland’s Paul Dunne (70), Australian Scott Hend (71), Søren Kjeldsen (69)of Denmark, and Spaniard Jon Rahm (68).

“There were a couple of mental mistakes that I needed to clean up but all in all it was pretty close, it wasn’t too far off,” said Reed. “I just need that putter to continue working, I missed too many putts today.”

Tommy Fleetwood followed up a disappointing opening-round 73 with a sizzling 7-under 65 to move up 35 positions on the big board in Dubai, and is now just two back of Rose at 6 under.

With 36 holes in the books, Rose maintains the pole position in the Race to Dubai, but Fleetwood appears positioned for a fight to the finish.

“The only thing that you can control is the tournament in a way. Race to Dubai, I can’t do anything about the maths or what Justin does or anything, said Fleetwood. “So the sole focus was to try to get back into this event today. I knew I needed a low one.”

Ireland’s Paul Dunne with a magnificent flop-shot eagle on the par-5 7th hole.

“I’m glad I’ve put my name up there, at least my name is somewhere now rather than the wrong end of the leaderboard. I’m glad within myself that I played like that today. It’s nice to walk off feeling better.”
–Tommy Fleetwood